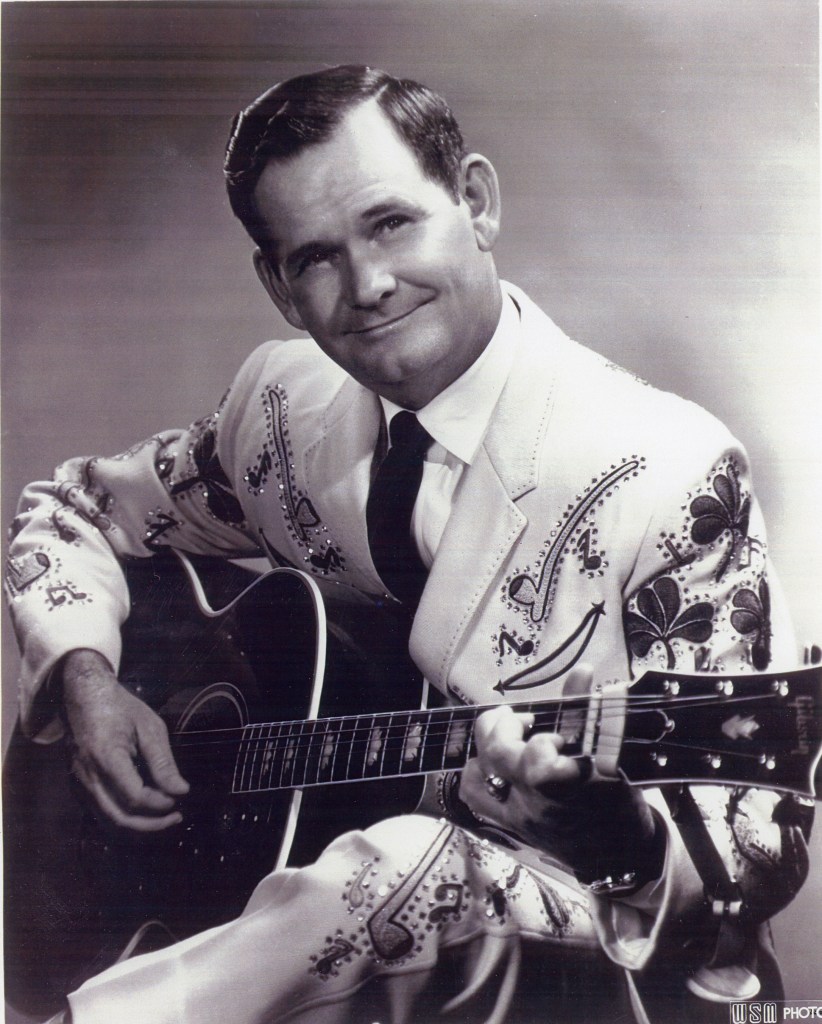 WSRE is producing a new film about country music recording artist Hank Locklin, who hailed from the piney woods of Santa Rosa County in McLellan, Fla. “Hank Locklin: Country Music’s Timeless Tenor” is scheduled for release this fall, commemorating the 60th anniversary of two career milestones: the release of “Please Help Me, I’m Falling” and Locklin’s Grand Ole Opry induction.
Production has been supported by grants from “Country Music: A Film By Ken Burns” and the Bear Family Foundation. The WSRE-TV Foundation is seeking additional funders to help secure archival footage and photos and the rights clearance required for distribution of the film beyond noncommercial broadcast and streaming, making possible screening events and DVD production.
WSRE will submit the film for national feed to other PBS stations through the National Educational Telecommunications Association. “We are confident that the film will have national appeal and will be broadcast on a number of PBS stations with particular interest coming from stations in the Southeast,” said Jill Hubbs, WSRE general manager.
Locklin made his first appearance on the Grand Ole Opry in 1953, following his first No. 1 hit, “Let Me Be The One.” He performed for the first time as an Opry member on Nov. 12, 1960, following the success of “Please Help Me, I’m Falling.” He remained a member for 49 years, making his last Opry performance in 2007 at age 89 and remarkably hitting the same high notes of his heyday as he performed his self-penned hit, “Send Me The Pillow You Dream On.”
“Please Help Me, I’m Falling,” written by Don Robertson and Hal Blair, was a monster hit on both the country and pop music charts in 1960. The song introduced a unique piano style and advanced the Nashville sound known for influencing country music as we know it today.
The song peaked at No. 1 on the Billboard Hot Country Songs chart on May 15, 1960. It remained on the chart for nine months—30 weeks in the Top 10, holding the top spot for 14 weeks, and it crossed over to Billboard’s Hot 100 chart, peaking at No. 8.
Other popular hits recorded by Locklin included “Geisha Girl,” “Country Music Hall of Fame,” and “Danny Boy.”
Locklin is admired within the country music community for both his influence on the artists who followed him and for the genuine kindness of his character, as evidenced by the cast of industry icons who agreed to interview for the WSRE documentary about his music and career.
In the film, Locklin’s story is told by his youngest son, Hank Adam Locklin, with help from country greats, including Bill Anderson, Ralph Emery, Crystal Gayle, Vince Gill, William Lee Golden, Dolly Parton, Charley Pride, Jeannie Seely, Ray Stevens, Marty Stuart, Dwight Yoakam and others.
About Locklin, producer Chet Atkins and the Nashville A-Team session musicians who first recorded “Please Help Me, I’m Falling,” legendary Grand Ole Opry and session guitarist Jimmy Capps said, “They knocked down all the bushes, and we drove in on paved roads.”
The film is being produced by Mary Riker. Emily Mitchell is associate producer, James Roy is director, and Ted King is assistant director.
For information about becoming a funder of this project, contact Tracie Hodson at 850-484-1246 or thodson@wsre.org.