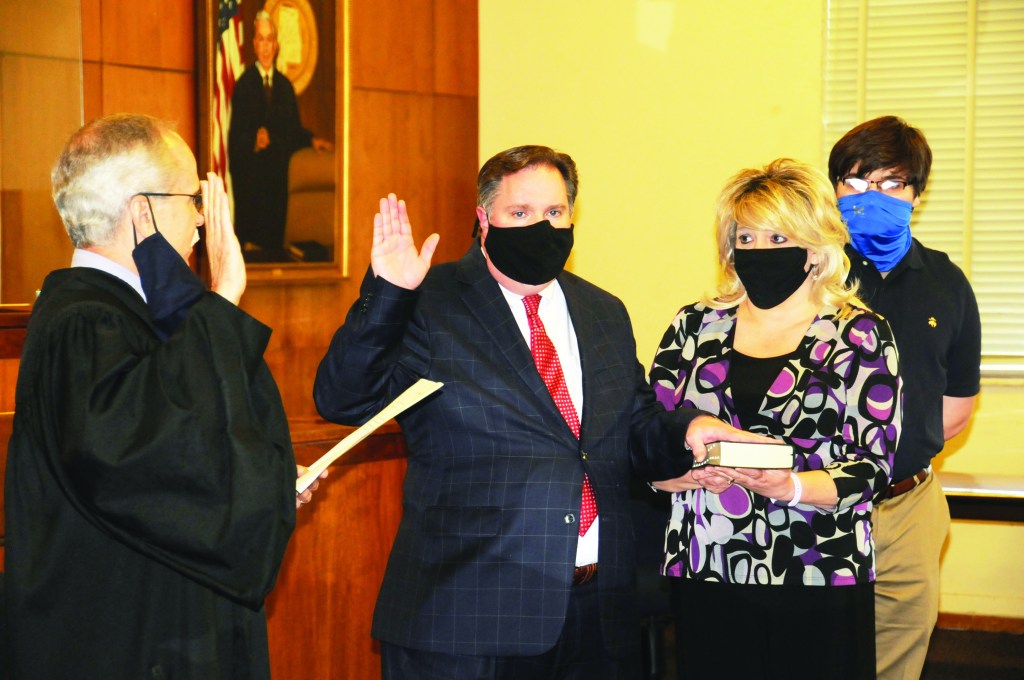 Todd Stearns will be called by a different name going forward.
Stearns was appointed by Gov. Kay Ivey to the Escambia County circuit judge’s seat for the 21st district on July 31. Starnes is filling Judge David Jordan’s seat. Jordan announced his retirement from the bench in June.
“I’m humbled and privileged to be taking over this seat,” Stearns said. “I have big shoes to fill.
“I’m giong to try my best to carry on the good work Judge Jordan began,” he said.
Stearns added that he’ll try his best to be fair, and follow the law.
The newest circuit judge worked in the district attorney’s office since January 2007. Prior to his stint in the DA’s office, he was a public defender for Escambia County for 10 years.
Additionally, he also worked in private practice for some four years.
Stearns and wife, Sharon, have one son, J.T.