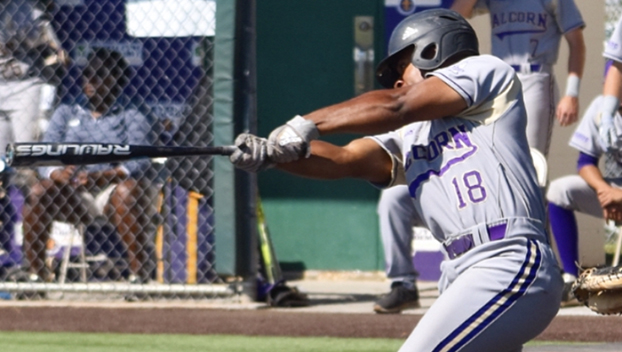 The Pensacola, Fla. native and current Alcorn State University senior baseball player is a Division 1 MLB draft prospect for the 2021 class and is considered one of the top players in the Southwestern Athletic Conference. He attended Coastal Alabama Community College, then Jefferson Davis Community College during his sophomore year in 2017-18.

Rembert was a preseason all-conference first-team selection (no postseason conference awards were given because of the COVID-19 pandemic). He started all 12 games (in 2020) and tallied three multi-hit games. He was coming off a 2019 year where he led the team with a .345 average and a .462 on-base percentage, which was top-five in the league.

Rembert began playing baseball when he was 3 to 4 years old. He said he realized he waspretty good when he was 9 or 10 years old.

“I was always on All-Star teams,” Rembert said. “I went to high school (at Booker T. Washington in Pensacola) and continued to get better. I felt like I started to get really far in baseball.”

Some players come into their own when playing sports.

For Rembert, he always had the tools.

He signed with Faulkner University out of high school, and played there his freshman year before transferring to CACC, where had a batting average of .274 with 10 RBIs and 13 runs.

“But when I started feeling good about myself was junior year in college is when I put it all together,” he said. “I got stronger. I honed in on my skills and my junior year is when I (realized I) could do this.”

Rembert said being at Alcorn has helped him both physically and mentally.

“I’m at a different level mentally,” he said. “I’ve learned to have a better mental approach, and to be more aggressive at the plate. I think mentally I got hungrier. I’ve always had a drive to succeed.

“Especially during my junior year, I wanted to be the best I could be every day,” he said.

Rembert said being around his teammates who were faster and stronger, and the competition really helped him grow mentally.

“That competition of winning a spot, that made me mentally stronger and brought out the best in me to perform at my highest,” he said. “Competing with the other guys, that made me better mentally and athletically.”

The right fielder’s junior year was cut short because of the coronavirus pandemic.

Rembert said it was all of a sudden.

“I was really worried if we’re going to get our year back,” he said. “So, we went home. We were going to play Alabama State. They canceled our Albama State series. It was kind of a waiting game. We didn’t know if it was going on or not. I came back to the house, and hit the weights. We had to wait a couple months to see what the word was going to be.”

In fact, Rembert, along with several athletes who didn’t get to finish their junior seasons, got the opportunity to play one more year.

In a word, Rembert said he was excited about the opportunity.

Rembert said he’s had some interest for the draft, especially before the virus started.

At present, Rembert is going back to school and is playing his last year. During the coming year, he’s going to be studying for a master’s degree in athletic administration in coaching.

“I feel like I need to have a big year,” Rembert said. “I’ve been working really hard. I think the work is going to pay off. This is my last opportunity to get looks for the draft. I think I have to perform at a high level.

Rembert is the son of OJ and Cheryl Rembert of Pensacola.