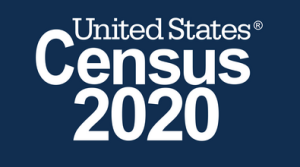 The small task of completing the 2020 Census questionnaire has impacts on funding, services and programs in cities across the country. Brewton Mayor Yank Lovelace, said the census is especially important for small towns like Brewton.
“Completing the census is truly one of the most important things you can do as a citizen,” Lovelace said. “It only takes a few minutes and has impacts in many areas, especially in a small town like we are.”
Lovelace said the census data is important when it comes to funding and generating interest in a community.
“The number of people counted in a community makes a difference in economic development,” Lovelace said. “Those numbers give an idea of the workforce available in the community. It also makes a difference when it comes to grants of all types. We are working hard to make sure everybody gets counted. A couple of hundred people can make a difference.”
Census takers are now making their way through communities across the country in an effort to make sure everyone is counted. With a Sept. 30 deadline, the race is on to count residents throughout Escambia County.
With just over 58 percent of Escambia County residents responding to the census so far, it is evident that more people need to answer the call. Nearly 32 percent of those responses were completed via internet.
In the Brewton area, the response rate is sitting at just over 64.5 percent with nearly 43 percent being completed via internet. Only 61 percent of Alabama residents have responded to the census, according to the U.S. Census data through the end of last week.
In Alabama, many residents have still not completed their census data, according to Governor Kay Ivey. Without having an accurate count of the residents in our state, funding and political representation may be lost.
“Without you, Alabama stands to lose billions in funding, a seat in congress and economic development opportunities,” Ivey said. “Be counted. If not for you, for those in Alabama who depend on you for a brighter tomorrow.”
The stakes are high for Alabama in the 2020 U.S. Census, and Alabama’s success depends greatly on helping each resident understand the importance of completing and submitting their census forms, Ivey said.
The U.S. Census Bureau conducts a census of the United States every 10 years, going all the way back to 1790. The data collected during the census is used in a variety of ways that affect decisions regarding community services provided to residents and the distribution of more than $675 billion in federal funds to local, state and tribal governments each year. This funding supports local programs for schools, health care, community assistance, infrastructure and other important needs. The census also determines the number of representatives each state will have in Congress.
The census counts every person – both adults and children – living in the United States. This information helps monitor changes in communities and is used to identify and address public service needs such as health care, education, public safety, housing, food, and rural access to broadband.
To complete the census application, go to my2020census.gov to complete the forms. It takes only a few minutes and could save Alabama’s funding.