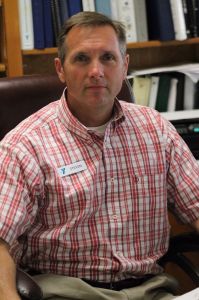 Steven Dickey has been appointed by Alabama Governor Kay Ivey to fill the seat for District 1 on the Escambia County Commission.
Jackie Gay, chairman of the Escambia County Republican party, said the announcement came Thursday after the governor considered five applicants for the position.
“We are looking forward to working with Steven in District 1,” Gay said Thursday afternoon.
Dickey fills the seat previously held by David Stokes. Stokes held the position for more than 20 years and recently stepped down as he cited health issues.
Dickey serves as president and CEO of the Brewton Area YMCA.
You Might Like

In what will be a different kind of event, the 2020 version of the Distinguished Young Woman scholarship program. Suzanne... read more