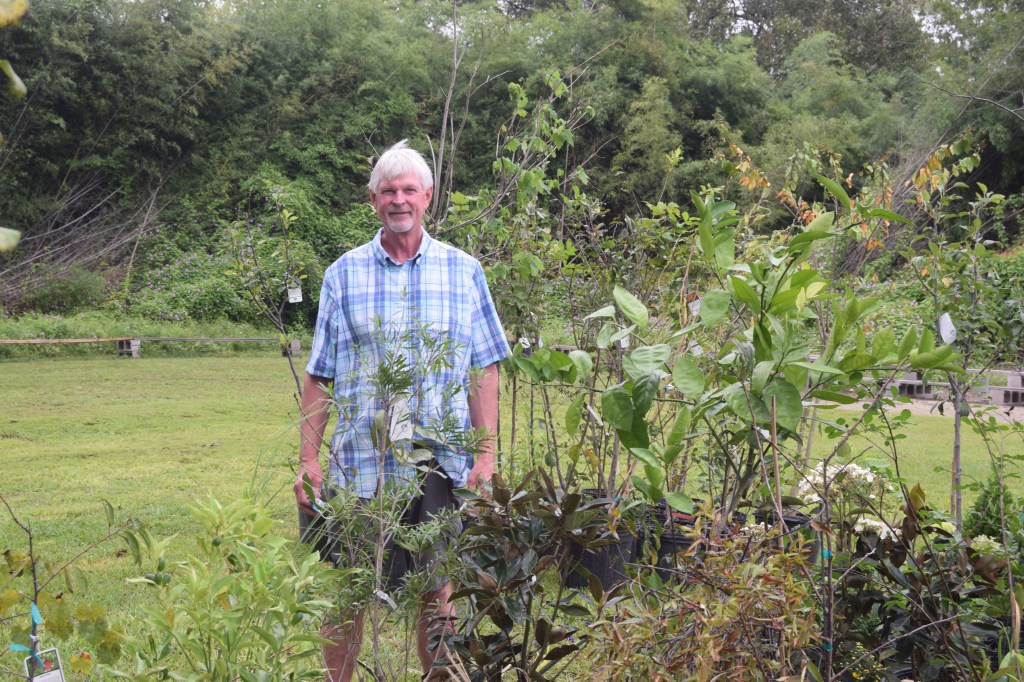 In what could only be described as a miracle, Steve Ross saw no damage as the effects of Hurricane Sally slammed through the area last week.

“It was a lot of work to prepare for what people told me would be about four feet of water in the stand,” Ross said. “But, it was like we were an island in all of this. Not one inch of water came into the stand.”

On Tuesday of last week, Ross was advised by East Brewton Mayor Terry Clark and a Brewton police officer of what he could expect as a result of the flooding expected following the storm.

“I was told that based on previous floods, that I could expect several feet of water in the stand,” Ross said. “Having just bought the stand in November, I hadn’t experienced a flood here. All I knew is that the flood I was told was coming would have killed all of my plants. I started asking on Tuesday afternoon for help in finding a place to take the plants to keep from losing them.”

And that simple request for help was met with so many responses, Ross had to field offers from as far south as Jay, Fla., and as far north as Evergreen.

“I had so many people texting, calling, messaging me on Facebook offering their help,” Ross said. “When I put a message out on Facebook, it was like everyone wanted to help.”

The best offer of help was from New Beginnings Worship Center when they offered the use of their warehouse area for Ross.

“Chuck and Marsha were wonderful,” Ross said. “They had people at the Center ready to help unload when we got there with the plants. When everything was over, they had about eight people on hand to help get the plants loaded back onto the truck to get them back to the stand.”

Ross said customers who visit the stand regularly jumped in to offer their help when he needed it most.

“I had my helper, Price, off for the day because the storm was coming,” Ross said. “After I had secured a place to take the plants, I was in a bind since I was the only one here and couldn’t get the plants where they needed to be. One of my customers, Melanie, asked if she could help. She had her truck and jumped right in and started loading plants onto her truck. Somewhere in the process she called her father, Ronnie, to come and help. At that point, we had a caravan of trucks and trailers carrying plants from the stand to the Center. Price came in that afternoon and we were able to get things done a little more quickly. Dave, another customer, came by and saw what was happening and offered to help load everything to help the move go faster.”

Ross said the help of his customers and the offers that poured in gave him a good perspective on the unity of the community.

“I have been all over the country, and there’s nothing like this community,” Ross said. “People were offering their porches, garages, yards and it was nice to know people can help when it’s needed the most.”

Ross said he was able to return all the plants to his stand on Friday and get things up and going once again.

“It only took me about three hours to get everything back to the stand,” Ross said. “I have everything just kind of jammed together right now. It’s going to take some time to get all of those plants set back up in an organized way. But, at least I have the plants and didn’t lose anything.”

Ross said his stand never actually lost power meaning that he didn’t lose anything in the way of produce.

“I am very lucky,” Ross said. “I was able to get back to normal quickly and be here for my customers.”

With Ross having been in business in Brewton for less than a year, it was an opportunity to get an even bigger welcome feeling for the community he serves.

“I’m the new kid on the block,” Ross said. “This is a great community and I couldn’t be more thankful.”