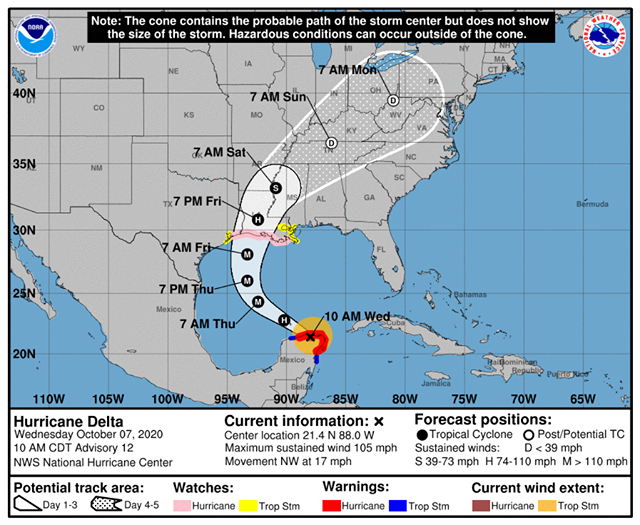 The National Hurricane Center has released the latest information regarding Hurricane Delta. In that release, the Center has shown the storm taking a slight jog to the west.

That means impacts to our area could be lessened as the storm moves onshore. The expected landfall is currently late Friday or early Saturday, according to tracking information.

Conditions as of 10 a.m. Wednesday morning are: