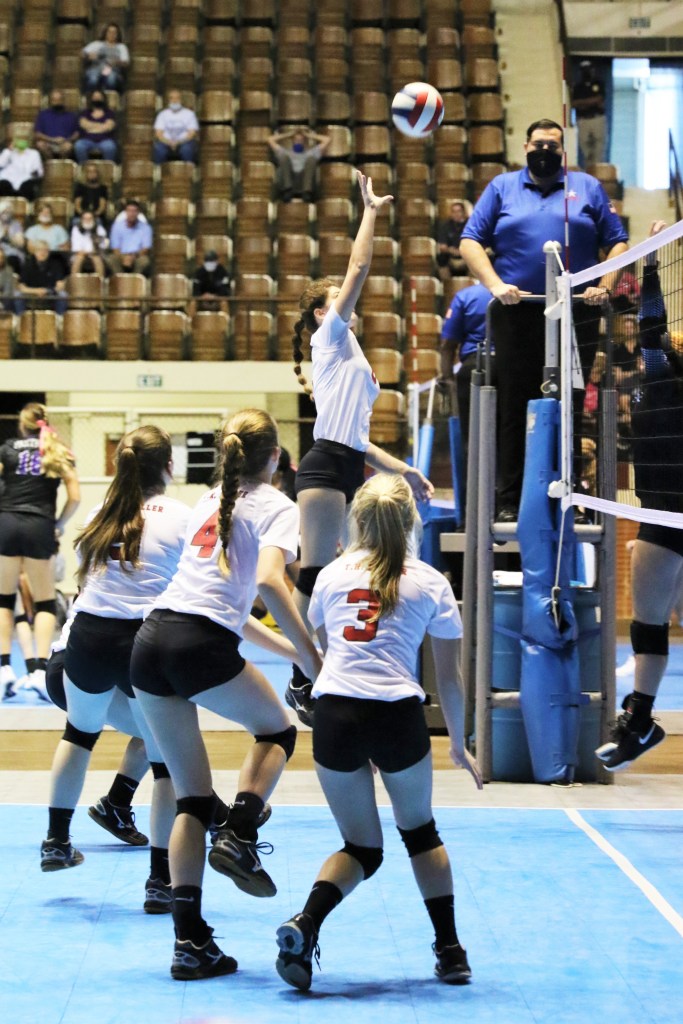 In heartbreaking action on Thursday in Montgomery, the Lady Tigers volleyball team was eliminated from going any further in a quest for a state championship.

The opening series of games for the Tigers in the Super Regional playoffs was against Houston Academy.

In the first game of four, the Tigers were victorious with a score of 25 to 22.

A second game against Houston Academy would be a loss for the Tigers with a score of 25 to 12.

In the third game against Houston Academy would put the Tigers into a tough spot with another loss of 25 to 15. That loss meant that the Lady Tigers would have to win the following game in order to advance in the playoffs.

The final game of the series was a loss for the Lady Tigers with a score of 25 to 15.

The team finished the season with a 27 and 4 overall record.

“Our seniors (Addi Smith – libero; Sara Scott – middle hitter; Mackenzie Hoomes – setter) did a great job leading our team this season,” said Terri Lynn Thompson, coach for the Lady Tigers team. “They did their job on and off the court. I am extremely proud of the young ladies they turned in to. We will miss them next year.”

Thompson also said the season was one filled with great ups with wins against formidable opponents.

“We had an exciting season with some wins against some good ball teams,” Thompson said. “this grou of girls understood what it meant to be a team. Their love for each other created chemistry on the court.”

Even with the final loss of the year, Thompson said the team has much to be proud of for the season.

“Unfortunately, we just didn’t do our job last Thursday,” Thompson said. “We had too many errors, and you can’t do that against a good ball team. I am proud of the way our team competed this season. We will focus now on becoming stronger and faster in the weight room in hopes of making a longer run in the playoffs next year. It’s great to be a Miller Tiger!”

In the series of games, Jennings Ruzic had 9 kills and 7 digs; Addi Smith had 11 digs; Kinsley Byrd had 7 kills and Sara Scott had 10 kills.