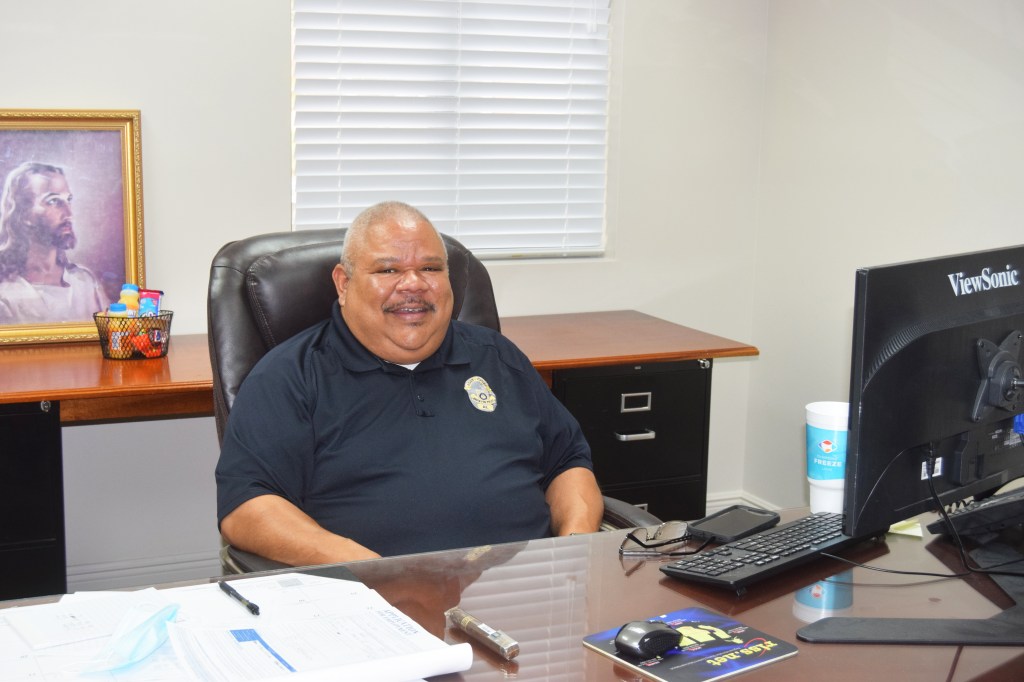 Randy Nicholson has been named chief for the Brewton Police Department.

In an announcement on October 26, Nicholson said the position is one he is somewhat familiar with working.

“I was assistant police chief for five years before being named chief,” Nicholson said. “Come January 3, I’ll be with the department for 33 years.”

Nicholson graduated from W.S. Neal High School in East Brewton in 1984 and was a member of the 1989-1 graduating class of the Montgomery Police Academy.

“This is only the second job I’ve ever had,” Nicholson said. “I worked at the Brewton Country Club over the pro-shop before getting into law enforcement. I’ve been with the Brewton Police Department since then.”

Nicholson said he has no reservations about taking the poition as chief.

“I’m able to come in with a positive attitude,” Nicholson said. “I inherited a great department with great people. My plan is to work to make Brewton the safest town for our residents.”

Nicholson has two lieutants that will handle what is seen as assistant chief duties for now. Rodney Brand and Matt Jordan will be his assistants as he moves into the chief position.

Nicholson is a native and life-long resident of Brewton and says Brewton will always be home.

“Brewton has a special place in my heart,” Nicholson said. “This city has been good to my family and I just want to give back.”

Nicholson and his wife, Tonya, have two grown children, Aaron and Dylan.

“I’m happy to have this opportunity,” Nicholson said.

Nicholson was among candidates hoping to be considered for the chief position after the retirment of Monte McGougin in August.

McGougin served as the Brewton Police Chief for 15 years with Nicholson serving as his assistant for many of those years.

“Randy will do good,” McGougin said. “He has worked under several chiefs and worked under me for 15 years. He can handle the position well.”

McGougin said the department ran well under his direction and said Nicholson will be able to move in without issues.

“The Brewton Police Department is a well-oiled machine,” McGougin said. “He’ll be able to keep it on the road.”