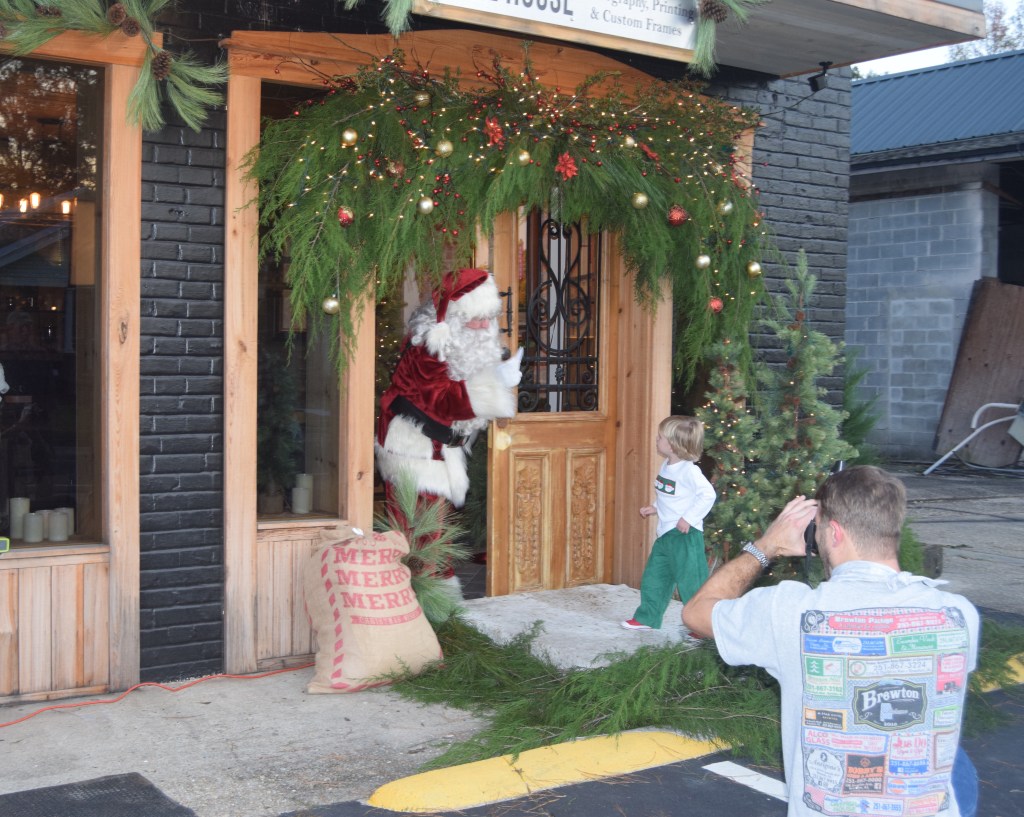 Brewton merchants stayed open a little later than usual last Thursday as the annual Holiday Kickoff event was held throughout the city.

A number of merchants, all locally owned, participated in the event that drew shoppers to stores that were festivally decorated for the event.

“We were surpised at the amount of people that showed up for the event,” said Gerome Bracken, co-owner of Antigone’s in downtown Brewton. “Everyone worked hard to get the shop ready for the evening and we were pleased with the number of people and the number of purchases that were made. I think this is the best holiday kickoff that we’ve ever had.”

With the limited opportunities to get out among fellow shoppers since COVID-19, Bracken said he thought people were excited to have a safe, but fun time to get out and about around town.

Mallory Hendrix, co-owner of Talula Belle’s in mid-town, said the evening was perfect to start the holiday season.

“We had a great turnout for the event,” Hendrix said. “It was nice to have a little bit of normal and I think this was just what we all needed to get the holidays started for us.”

Area merchants were decked out for the evening offering special opportunities for purchases and gifts during the annual Greater Brewton Area Chamber of Commerce’s annual Holiday Kickoff event.

Merchants have planned additional special shopping events throughout the holiday season to encourage shopping locally for the holiday shopping season. Most merchants will be open Black Friday.

Letters to Santa easier through email