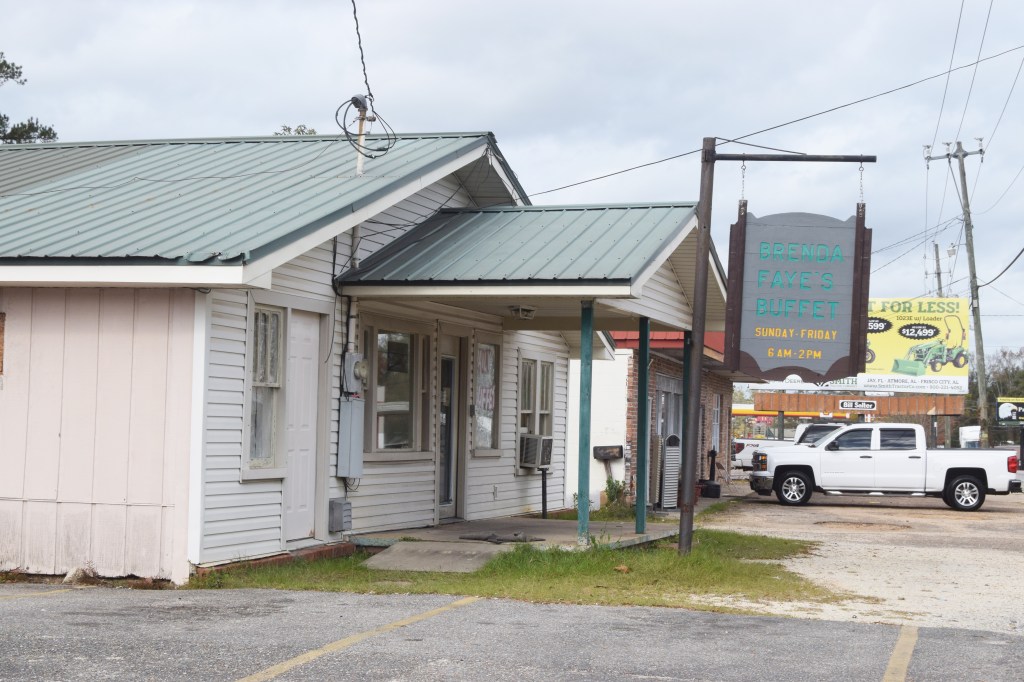 Diners in the East Brewton and surrounding communities are on the hunt for another place for lunch with the closure of an iconic diner in East Brewton.

With the last of the fried chicken, peas and banana pudding served, Brenda Faye’s Buffett closed at the end of September after 26 years in business serving home-style meals to hungry folks in the area.

Owner Brenda Faye Pittman said the closure of the restaurant was one that she made after circumstances forced her to change her plans.

“When the virus hit, it really messed me up there,” Pittman said. “Even when things were opened back up a little, it never was the same as far as how many people came in.  Because of that, and since my health was getting bad, I had planned to close the restaurant. But, just before the time I had planned to close, a stroke came out of nowhere and got me.”

Pittman said the closing has brought her to tears over the weeks since she last served a meal.

“Going by there now just makes me sad,” Pittman said. “It looks so lonely. The people who came in to eat with us were like family to me. I enjoyed serving every one of them no matter where they came from. I had a lot of local people but had out-of-town folks in to eat, too. Even the guys who worked on the bridge (Riverview) came in an started eating with me while they were there.”

Pittman said the customers who were regulars at the restaurant even passed along recipes for her to you.

“I came across a recipe for Mexican cornbread that Ms. Nell gave me years ago,” Pittman said. “Those things mean a lot to me. That’s something I’m really going to miss.”

Through the years, diners had the opportunity to enjoy breakfast and lunch at the local restaurant. The buffet usually consisted of fried and baked meats and chicken along with an array of freshly prepared vegetables. Dessert was also served with the sweet meal-ending dishes being made in-house every day.

Even though Brenda Faye is now recovering from the stroke that has her sidelined, she still thinks of those who brought some joy to her over the years of operating Brenda Faye’s.

“I appreciate anybody that ever walked through those doors,” Pittman said. “Even in the shape I’m in right now, I miss it. I’ll always miss being there.”

Brenda Faye’s was located at 504 Forrest Avenue in East Brewton and was purchased by Pittman in 1994 who began serving home-cooked meals, buffet style daily.