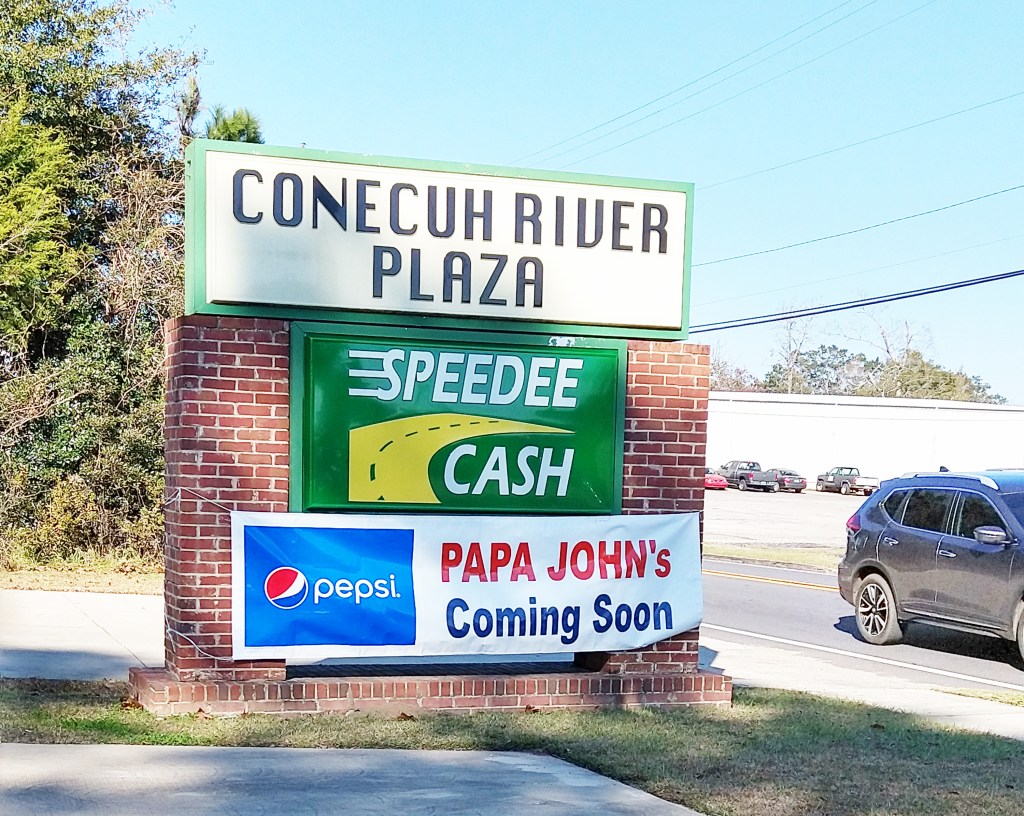 A new Papa John’s is coming to Brewton and may be open before the end of the year.

According to Steve Yuhasz with the City of Brewton, an application for building permits is in place for the new restaurant to be located at 431 Douglas Avenue in the Conecuh River Plaza.

“There has been a whole lot of renovation to the building,” Yuhasz said. “The HVAC system has seen improvement and a lot of alterations have been made to the building with considerable electrical and plumbing work has been done to the space.”

Although no information on the owner of the new business was available, Yuhasz did say that permits for signage at the location is in place.

“The company who will be taking care of signage has indicated they are expecting to complete their work in December,” Yuhasz said. “With that information, I expect the opening of the store will likely be in December.”

Currently there are two other tenants in the trio of spaces at Conecuh River Plaza. Speedee Cash and Brewton Dance Studio occupy two of the spaces there. The space to be occupied by Papa John’s has been vacant for some time, according to sources.

Based on information from published reports, Papa John’s is currently accepting applications for general manager and delivery drivers.