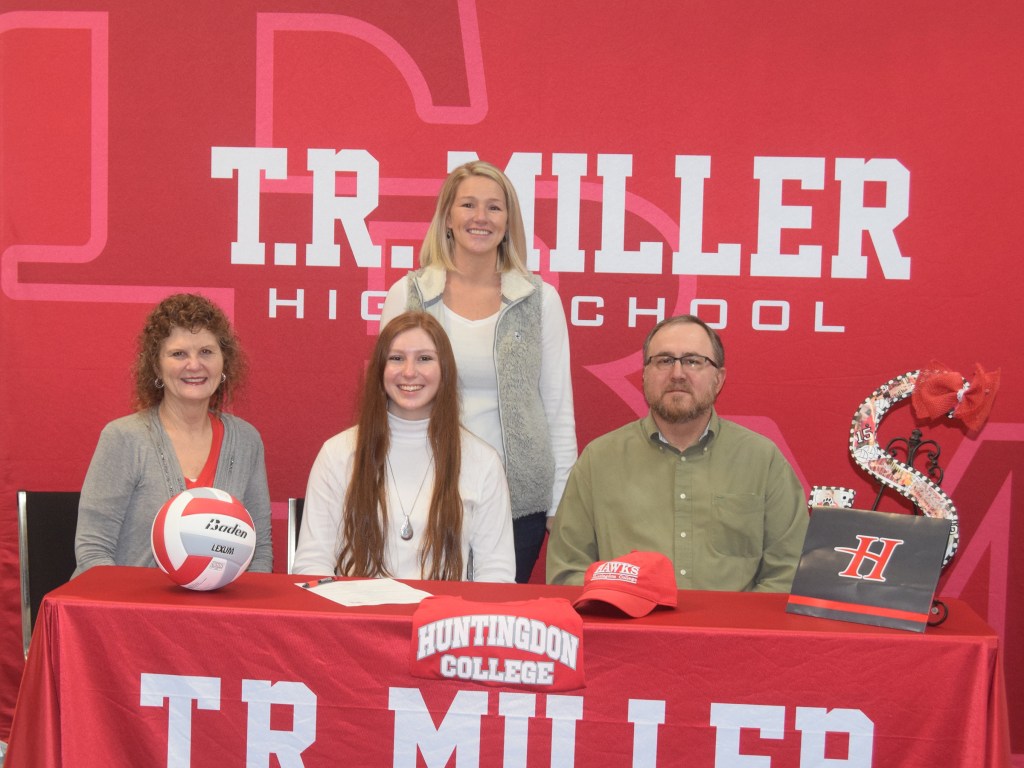 T.R. Miller High School senior Sara Scott has plans for her future and the next step on the journey is to attend Huntingdon College.

The Lady Tiger Volleyball player signed an acceptance letter for an academic scholarship at the Alabama college.

Scott said she chose Huntingdon after considering other colleges.

“I looked at some other colleges, but this seems to be the best offer,” Scott said. “I’m not sure what I will major in there. I’ve considered being an eye doctor, but that may change.”

Regardless of her final choice in a degree, Scott will do well.

“They aren’t just getting a good athlete, they are getting a great student and a great person,” Thompson said. “She is active at school, in her church and in the community. We will be rooting for her from here in Brewton.”

Scott’s parents, Doug and Shiela, were on hand for the ceremonial signing of the scholarship.

The offer of the Bellingrath Merit Scholarship for Scott’s education will cover tuition, books and fees.Requirements to qualify for the scholarship are scoring a 28 on the ACT exam and a grade point average of 3.75. Currently, Scott is carrying a 4.38 GPA at T.R. Miller.

Scott was recruited to play volleyball at Huntingdon after coaches scouted her at some games and a try-out at the college in the fall, Doug Scott said.