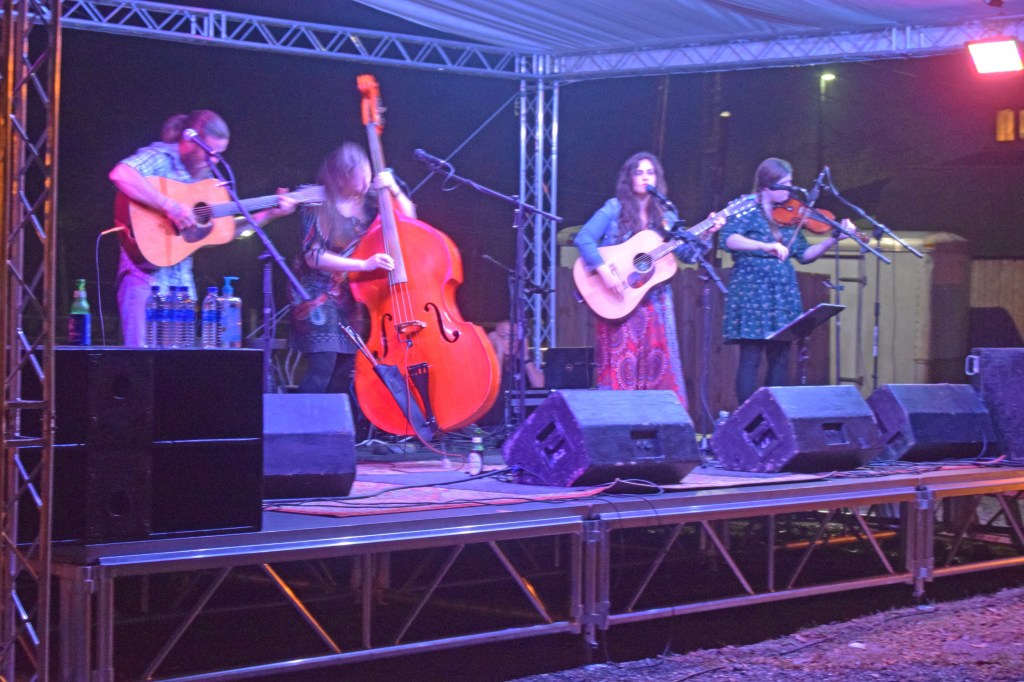 Spring was in the air Saturday evening as a new season of outdoor concerts begins in Brewton.

Walking Iris played some of their favorite tunes to entertain a crowd gathered at Dogwood Hills Park. Hailey Baggett opened for the group.

Connie Baggett, director of programs for the City of Brewton, said the show was well received by those attending and by those viewing on-line.

“The crowd was good in person for the show, and it was a safe event for people interested in live music,” Baggett said. “Walking Iris was really high energy bluegrass/folk and loads of fun. Haley Baggett opened the evening with some soulful tunes that definitely grabbed your attention.”

Baggett said the show was live-streamed and was available for viewing even after the event.

“We live-streamed the show and as of Monday had more than a thousand views,” Baggett said. “So people here and all over the region enjoyed it.”

The next drive-up concert is set for March 20 at Dogwood Hills Park.

“We are looking forward to Hart Station and the Lyle Hillman Band on March 20,” Baggett said. “That show begins at 7 p.m.”

The drive-up concerts will continue throughout the spring and into summer and fall with groups scheduled to perform including The Little Things in April; Den of Thieves and Mudcat in June; Lauren Denae and Tad of Jazz in July; Marlow Boys in August; Arsene DeLay and Charlie Wood in August; and the Krickets in September.

The season of outdoor concerts will conclude with the Cold Moon Fest set for Oct. 30.

Schedules are subject to change due to severe or threatening weather or other unforeseen situations.

All concerts will be held at Dogwood Hills Park located on Douglas Avenue near Walmart.

There is no charge to attend any of the scheduled events.

Currently, concerts are being held as drive-up only with attendees asked to remain in or near their vehicles and maintaining proper social distancing as per CDC guidelines.

Those truck owners who attend the events are asked to park at the back of the lot allowing cars to park in the front nearest the staging area.

Most of the events will be either live-streamed or rebroadcast on the Brewton Reborn Facebook page.