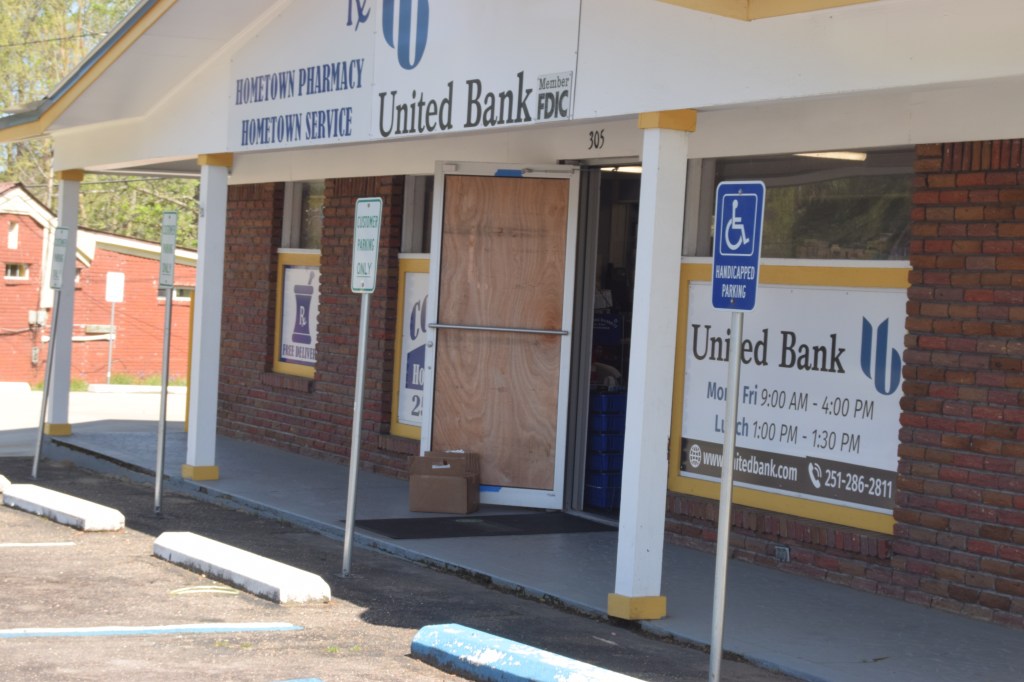 An early Monday morning break-in caused several hundreds of dollars worth of damage at Cottrell’s Hometown Pharmacy on Forrest Avenue in East Brewton.

“The call came into our department just after 1 a.m. on Monday morning,” Brazile said. “Since that time we have been conducting an investigation and following leads. Right now, we have three suspects in the break-in. Two who entered the building and one driver.”

Brazile said evidence in the case indicated that a vehicle was parked very close to the business while two suspects entered with a waiting driver to aid in a get-away.

“We called in the prison tracking dogs to try to get a lead on which way the suspects fled,” Brazile said. “From what we learned at the scene, the car was parked only about 20 yards from the building. The dogs picked up a scent inside the store and lost it at a certain point just that close to the building. We know that the drive was waiting to drive from the scene quickly.”

Pharmacy owner Danny Cottrell said the damage was caused when a door and window were damaged in the break-in.

“The value of the damage that was caused was more than the value of what they took,” Cottrell said. “The most damage was done to the front door of the store and to the drive-through window. We will have to replace the glass in both places. I know we will go back with stronger material there than what it was.”

Brazile said there was a witness to the break-in but vision was limited.

“We have been following up on a few leads in the case,” Brazile said. “We are still watching surveilance footage from cameras in and around the area where this occurred. We do have a make on a vehicle that is believed to have been involved and we are now looking for that vehicle.”

Cottrell said the quick response after the break-in was something he appreciated.

“I certainly appreciate the East Brewton Police Department for getting on it so fast,” Cottrell said. “I know these things are hard to investigate and we appreciate what they do.”

Brazile said anyone with information or who may have seen suspected activity around the vacinity at the time of the break-in should contact the East Brewton Police Department. Any tips, including annoymous tips, will be taken and included in the investigation process.

Contact the East Brewton Police Department at their offices at East Brewton City Hall on Forrest Avenue or call them at 867-4864.