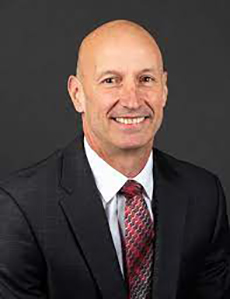 One of the most respected coaches in the country, David Duggan has been named Troy’s director of recruiting, head coach Chip Lindsey announced Wednesday.

Duggan joins the Troy staff following a two-year run as the defensive coordinator at Arkansas State which included a stint as the Red Wolves’ interim head coach during the 2019 season. He has also had stops at Western Michigan, Southern Miss and North Carolina in addition to six seasons with NFL Europe.

“David Duggan will be a tremendous asset to our football program,” Lindsey said. “He has a great football mind and has been part of a lot of winning programs during his career. I’ve seen firsthand the impact he has on the lives and careers of the young men he coaches. We’re excited to have David, Lynne and their daughters join our Troy Football family.”

Under Duggan, the Red Wolves won eight games and the Camellia Bowl during his first season. Arkansas State finished second in the Sun Belt with 12 interceptions and 19 turnovers in addition to ranking second in the league in red zone defense. Six Red Wolves were named to the All-Sun Belt team during the 2019 season and three earned all-league honors in 2020.

“I am very grateful that Coach Lindsey offered me the opportunity to be at Troy University,” Duggan said. “I am excited to be a part of the great tradition and culture that Coach Lindsey and the previous coaches have established here.”

Duggan responded with great character and leadership to challenging circumstances early in his first year with the Red Wolves when he was named Arkansas State’s interim head coach on Aug. 19, 2019.  He was elevated to the role just before Wendy Anderson, then-head coach Blake Anderson’s wife, passed away following her courageous battle with cancer. Duggan remained in the role until Anderson returned for the UNLV game, Arkansas State’s second of the season.

Duggan came to Arkansas State from Western Michigan, where he served as the Broncos’ linebackers coach and special teams coordinator for three seasons.

During his time with the Broncos, he helped lead the program to a pair of bowl games, a Mid-American Conference championship and a combined 26-13 record.  His initial year with the program saw Western Michigan post an undefeated 13-0 regular season, a final No. 12 ranking and a berth in the Cotton Bowl, where it dropped a narrow 24-16 decision to Wisconsin.

During his time with the Broncos, he coached a pair of All-MAC linebackers who both went on to sign NFL free agent contracts. Duggan also saw four of his special teams players tabbed All-MAC, including the league’s Special Teams Player of the Year in kickoff and punt returner Darius Phillips.

While there, he was part of one of the best turnarounds in the FBS in 2015 as Southern Miss went from a 3-9 record in 2014 to a 9-5 mark, a berth in the Conference USA Championship Game and an appearance in the Heart of Dallas Bowl the following year.

Prior to returning to Southern Miss, Duggan was at North Carolina in 2012 as the outside linebackers coach and special teams coordinator.  North Carolina posted an 8-4 record, its best winning percentage since 1997, and blocked three punts and returned a kickoff for a touchdown.

Duggan’s first stop in Hattiesburg (2008-11) saw the Golden Eagles set an NCAA record for most interceptions returned for touchdowns with 12.  He coached eventual NFL draft pick Jamie Collins, who went to the New England Patriots. Duggan took over the defensive coordinator role in Hattiesburg in 2011, while also coaching linebackers all four seasons.

Aside from his college days, Duggan was the head coach of the Cologne Centurions of NFL Europe from 2006-07. His defense ranked No. 1 in the overseas league both seasons.  Duggan spent a total of six seasons in NFL Europe with Cologne and the Berlin Thunder; he was a member of the staff that won the World Bowl in 2001 and 2002 with Berlin.

Duggan had multiple stops in the northeast, coaching at Brown, Colgate, Holy Cross, New Hampshire and Alleghany College. He earned his bachelor’s degree from New Hampshire in 1986, where he played from 1982-86.

Duggan and his wife, Lynne, have two daughters Olivia and Grace.