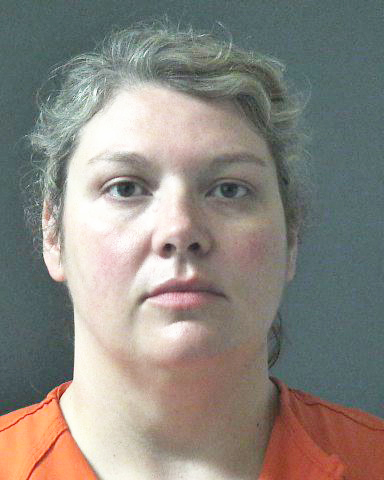 Escambia County Sheriff Heath Jackson said Bethany Whiting, 36, was arrested on April 16 with assistance from the FBI on charges of using a position for personal gain, which is an ethics violation.

Jackson said the arrest is further proof that no person is above the law.

“We will continue to hold our employees accountable and prosecute anyone who decides to tarnish the badge that most of us so proudly wear,” Jackson said. “We refuse to let a few bad apples spoil the bunch and will continue to make an example out of anyone who breaches the public’s trust.”

Jackson said that Whiting resigned her position in Escambia County during the course of the investigation.

Whiting is accused of smuggling spice and methamphetamine into the Escambia County Detention Center while she was employed as a correctional officer.

According to Jackson, Whiting would collect money from an inmate and in return, she would smuggle contraband into the facility. Whiting appeared before a judge for a bond hearing on April 16 and was released the following day on a $100,000 bond.

Whiting’s arrest occurred at the Covington County Jail where she became employed following her resignation in Escambia County.

Whiting was hired by the Covington County Sheriff’s Office on February 2, 2021, after a background check was completed.

According to Covington County Sheriff Blake Turman, an investigation was underway in his county concerning Whiting’s suspected activity.

“Correctional officers are held to the same standards as law enforcement officers,” Turman said.  “I was surprised that her behavior at another agency did not surface during a background investigation but either way I feel confident that our internal investigation would have resulted in the same manner. I respect the fact that we received a good reference from her previous employer even though she was under investigation. To divulge the behavior at the time could have tainted the integrity of their investigation.”

No additional details surrounding the investigation have been released by officials in Escambia or Covington Counties.