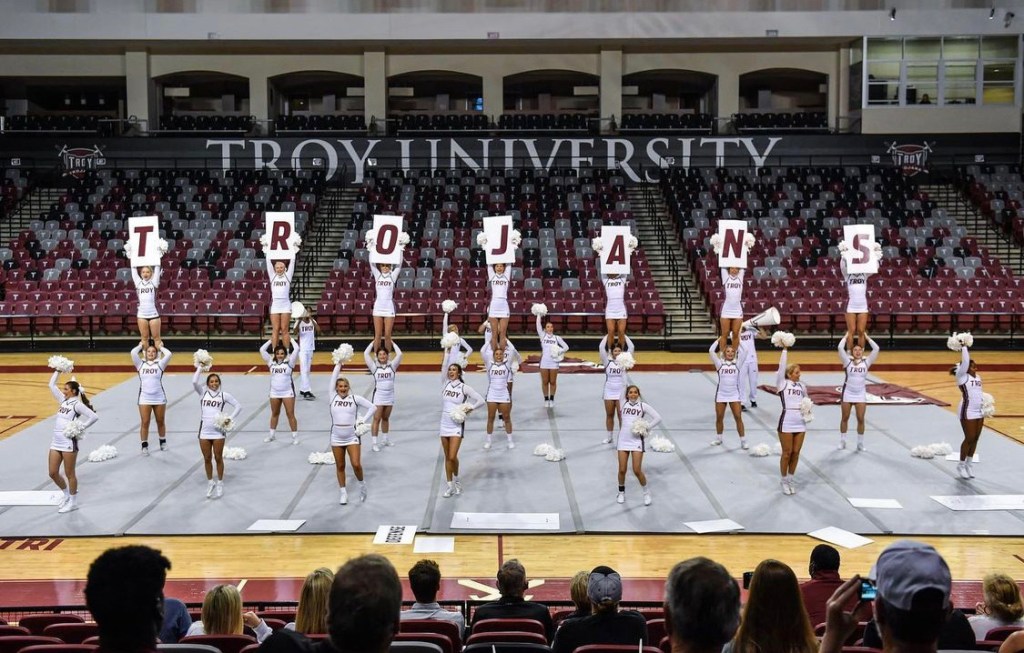 Troy Cheerleading placed third at the UCA College Nationals in the Division IA Virtual Game Day Cheer Division; Troy competed in the event by filming its performances in Trojan Arena. Winners were announced in an online ceremony Tuesday evening.

“I am overwhelmed with excitement by the performance of our athletes and placement at Nationals during such a trying year for everyone,” Troy Cheer coach Nic Laracuente said. “This was our first year competing in the Game Day Division. To place third behind only Kentucky and Penn State, is a huge accomplishment for our athletes and Troy University. We are excited to bring that same winning gameday experience back to cheer on our Trojans in The Vet this fall.”

The Game Day Championship showcased what traditional cheerleading is all about – leading the crowd. Teams were scored in three categories – crowd leading sideline, fight song and timeout – with points given for items such as the use of crowd leading tools, execution of technical skills and how relevant the material and skills are to the game day environment.

Other teams in the competition included Southern Miss, Louisiana Tech, Charlotte and Army. The third-place finish is Troy’s highest at an UCA National Championship.