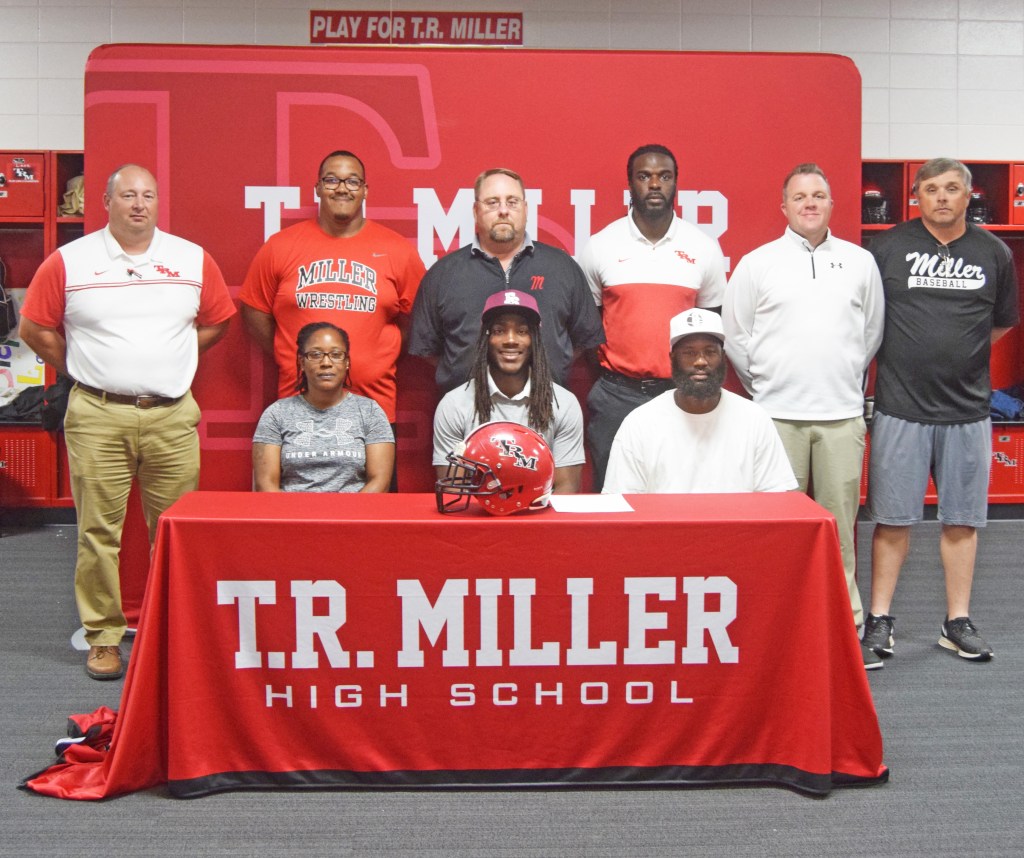 Darius Webb will be showing off his athletic abilities to a new crowd in the upcoming football season at an Arkansas college.

Webb was joined by his family in the field house at T.R. Miller High School on Wednesday to officially sign a scholarship to play ball at Fort Scott Community College in Arkansas.

“They are getting a steal with him,” Hubbert said. “If he goes and does what he’s supposed to do for a year or two, you’ll see him playing Division 1 ball somewhere.”

Webb thanked those responsible for getting him this far in his athletic journey.

“I want to thank Gof for my ability to play football,” Webb said. “I want to thank my family and friends for their support and i thank the coaches for trusting me to make the plays that needed to be made.”

Webbs parents, Porche and Jevon Pleasant, were also on hand for the official signing of the scholarship offer.

“It’s such a blessing,” Porche said. “We are so proud of this young man. This is something he has been working for since he was seven. He started out with Brewton Youth Football and now he’s here.”

For more on this story see next Wednesday’s edition of The Brewton Standard.