King retires from BFD after 34 years 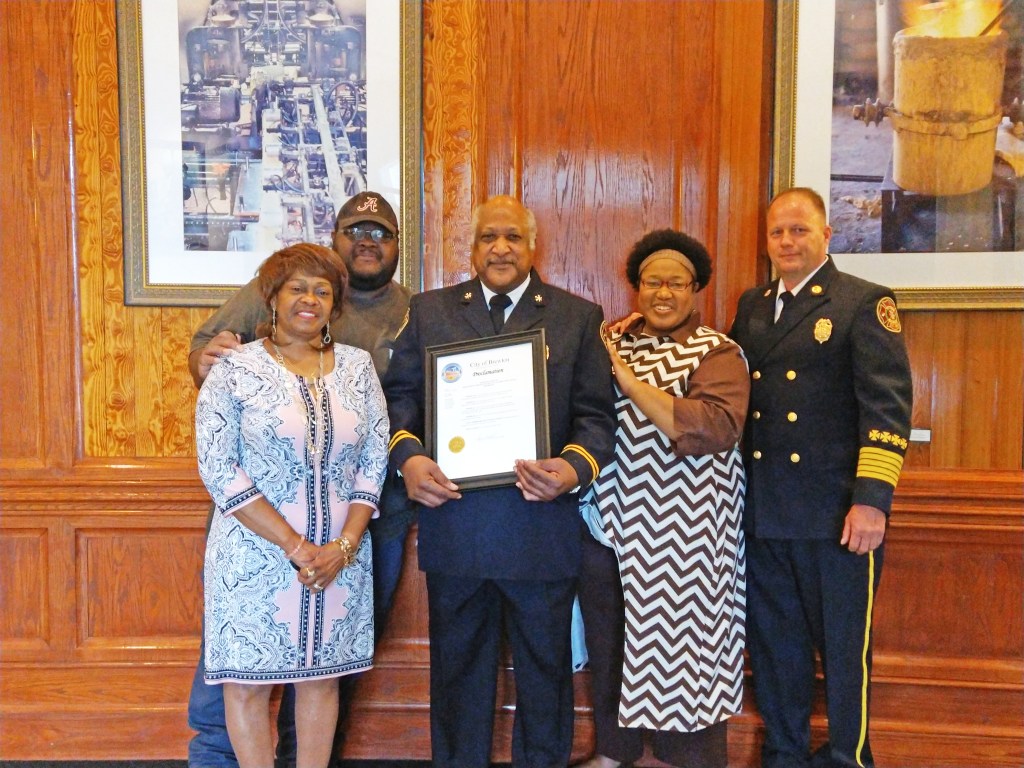 Sleeping late was the first thing on the list of plans Jerry King has for his retirement.

The Brewton fireman officially retired Monday with the presentation of a proclamation from the City of Brewton in his honor.

Mayor Yank Lovelace presented the proclamation that was a way to thank King for his service to the city and to the citizens.

“We are happy to recognize outstanding leadership and service to the community,” Lovelace said during the presentation. “The city owes Jerry King much gratitude for his service and at his retirement from service.”

King said he planned to do a little more than sleep in his retirment.

“I’m gonna look up some information on fishing and tackle and hunting,” King said. “Then I plan to do some fishing.”

King’s wife, Judy, said she has plans for her husband’s retirement as well.

“When all of the pandemic is over, we are going to do a little traveling,” Judy King said. “After 41 years of marriage, we will have some time to do that.”

King served as a fireman for Brewton for the past 34 years working his way through the ranks. He began working for Brewton Fire Department in August  1987 and earned ranks of seargeant, lieutenant and captain before being named assistant chief at the department.

Brewton Fire Chief Jeff Salter said the career fireman will be missed at the department.

“He is probably one of the best employees you could ever ask for,” Salter said. “He was never late and never complained. We could count on him to do his job and do it well.”

Salter said King had been given the nickname “Bull” by some members of the department because of his determination on the job.

“He never got tired at a fire,” Salter said. “I never saw him quit. When other firemen would be begging for water after 15 minutes fighting a fire, Jerry just kept coing. He is an old-school fireman and is tough as nails. He’s one of those kind of employees you wish you had 100 of. We are certainly going to miss him and we wish him well.”