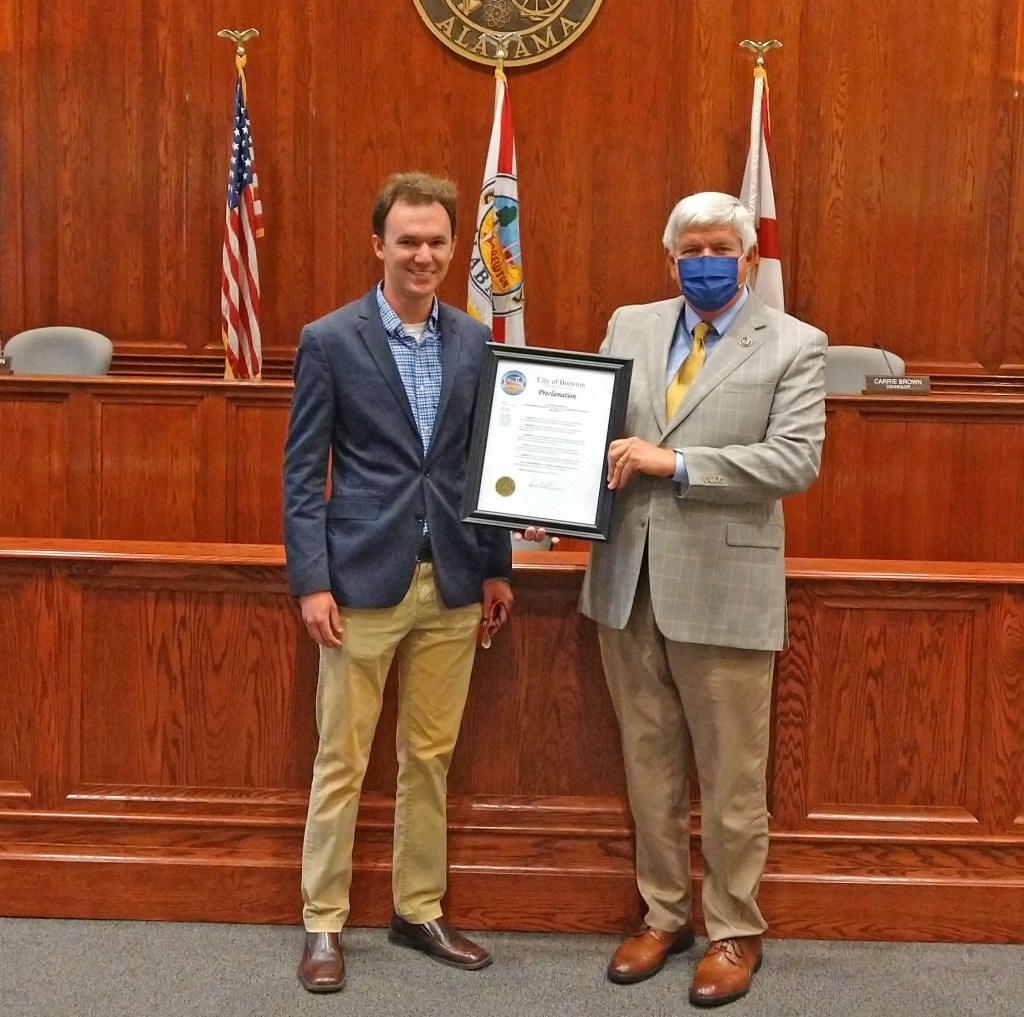 Spinks Megginson’s RedZone Weather has been a clear voice when it comes to weather issues in Brewton and around the southeast.

During Monday’s meeting of the Brewton City Council, the city presented a proclamation thanking Megginson for his valuable service to the community.

Mayor Yank Lovelace read the proclamation that included, among other comments, RedZone Weather and Megginson have provided meritorious service to Brewton and residents throughout the region.

Megginson’s weather page on Facebook, along with an app, provides up-to-date weather information and provides daily forecasts for the region. In times of severe weather, Megginson takes his page live and reports on weather conditions that impact the area.

“With the upcoming tropical season his services will be invaluable to the community,” Lovelace said.

Megginson is best known in the community for his RedZone Weather coverage.

Megginson also makes himself available for appearances and demonstrations throughout the coverage area.

3 cases of COVID-19 confirmed in county