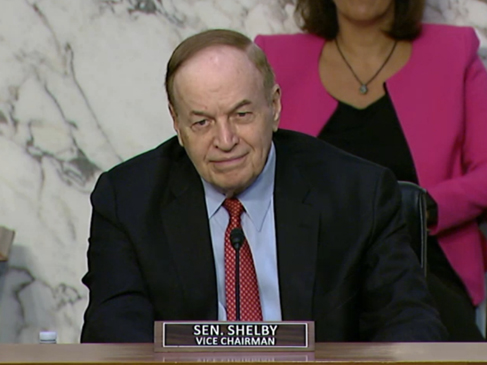 Senator Shelby raised concerns regarding the “enduring costs” the National Guard has incurred as a result of its presence on Capitol Hill since the insurrection on January 6, 2021, to which General Hokanson noted the accumulation amounted to roughly $521 million.

Additionally, in light of the recent rise in cyber-attacks, Senator Shelby asked General Hokanson about the National Guard’s role in defending the homeland from cyber-attacks and whether or not it has the resources and personnel needed.  General Hokanson highlighted the increasing capabilities of the National Guard’s cyber units as it relates to addressing and mitigating these attacks.

Vice Chairman Shelby’s opening remarks, as prepared, are as follows:

“Thank you Mr. Chairman.  I want to welcome our witnesses.  Thank you for being here today and providing your testimony.

“Our National Guard and Reserves perform a vast and critical role in our national defense.

“Their call to respond to natural disasters, homeland security threats, and overseas contingencies is constant.

“Their unwavering commitment has been particularly evident over the last year as thousands have been deployed at unprecedented rates to provide medical care and administer vaccines during the COVID-19 pandemic.

“On behalf of my colleagues I want to thank those men and women who have stepped away from their civilian jobs to provide this essential support, and we thank each of you before us today for your continued leadership in those efforts.

“I would also like to thank those men and women currently deployed to assist state and local law enforcement and the Department of Homeland Security to mitigate the ongoing crisis at the Southern Border.

“As near-peer competitors are modernizing and developing their military capabilities at alarming rates, we want to ensure your Departments receive the necessary resources to remain a ready and lethal force.

“I recognize that we will not receive the budget until May 27th and as a result our conversations about specific funding items may be limited.

“That said, I look forward to hearing from each of you about the on-going efforts to sufficiently recruit, train, and equip our Reserve forces, especially in light of setbacks due to the pandemic.  Mr. Chairman, I thank you for calling this hearing.”