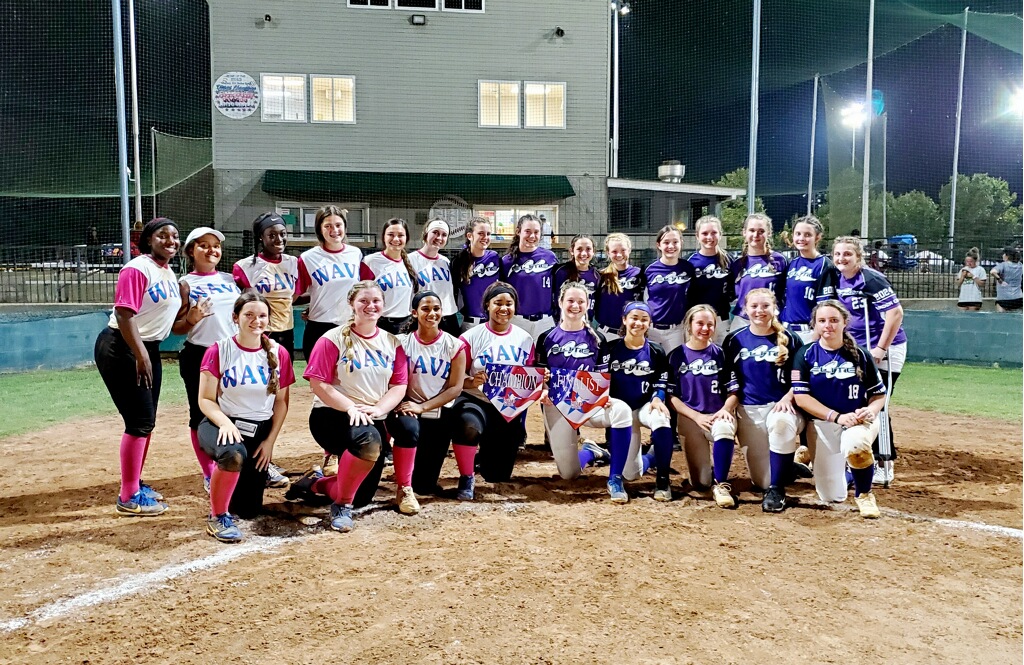 The Summertime Bash softball tournament was held last Saturday in Millbrook with two teams facing off for the championship title. Above, The Brewton Wave team, shown at left, and the MC Elite Team, shown at right, faced each other in the game. Both teams, coincidentally, consist of players from the Brewton and East Brewton area.  The neighbor-against-neighbor game was played with The Brewton Wave victorious in the effort taking the championship title and the champs home plate plaque. The MC Elite team finished in second place and also received a finalist home plate plaque for their efforts.