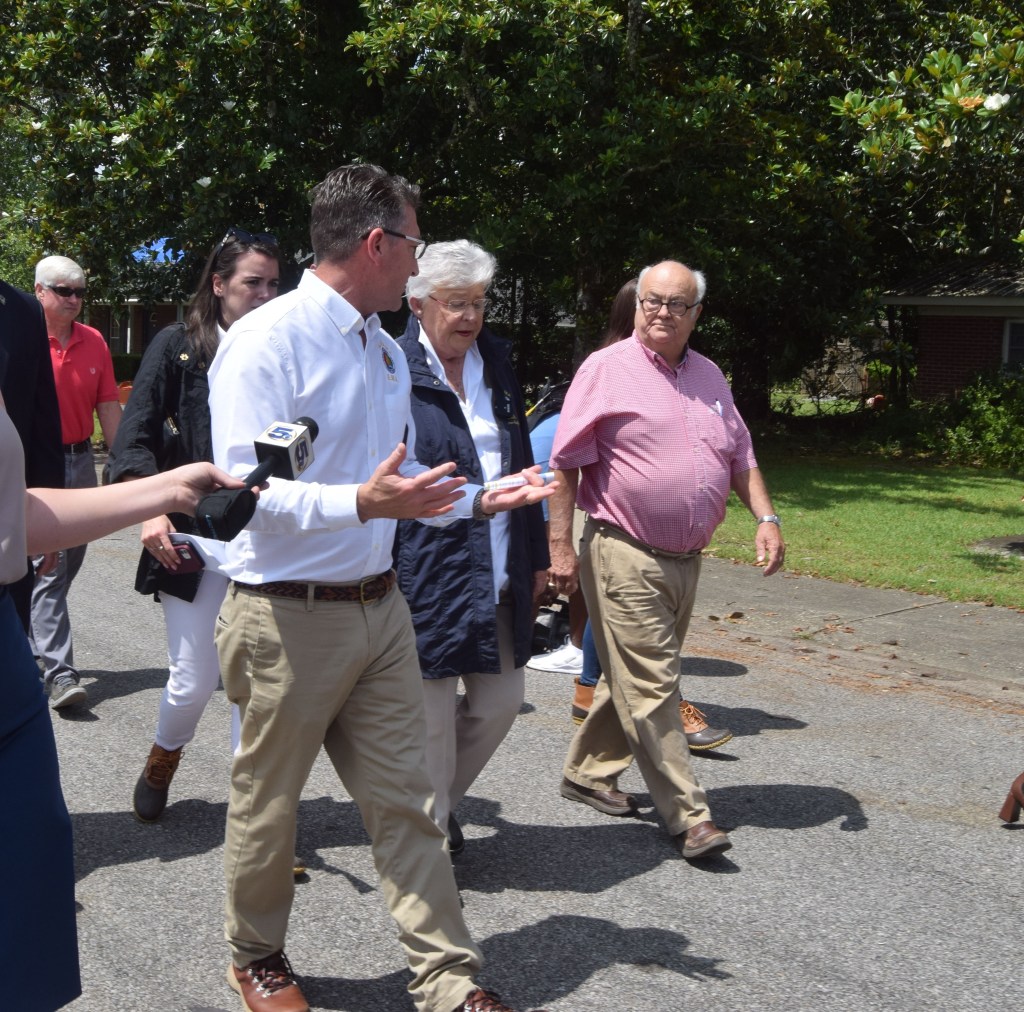 Alabama Governor Kay Ivey was joined by other emergency officials in the state to tour the damage left by a tornado through the area on Saturday.

Ivey made her first stop at the Cedar Hill Trailer Park on Andrew Jackson Street and was given details on the damage and those impacted from the event. A short walk to W.S. Neal High School was made to meet with school officials to get some detail on the issues found following the tornado.

On the short walk, Ivey spotted a homeowner and walked over to visit with Mary Ann Pouncey. Pouncey explained to the governor that she was lucky since the tornado damaged homes on either side of her residence but only had some tree limbs down on her property.

Following the Andrew Jackson Street stop, Ivey traveled to the Virginia Street area where a large swath of damage could be seen as a result of the tornado.

The visit through East Brewton ended with a press conference at the Escambia County Rescue Department on Shoffner Street.

Ivey encouraged area residents to make sure their damage is reported to city and county officials so that an accurate assessment of damages can be made at the state level.

The area has not been declared a disaster area as of Wednesday morning, but that could change based on the final report of damages in the area, Ivey said.

“In order to fulfill the monetary needs, we have to have a complete report on how much damage,” Ivey told reporters. “That’s why its important to have name, address and zip code on those reports.”