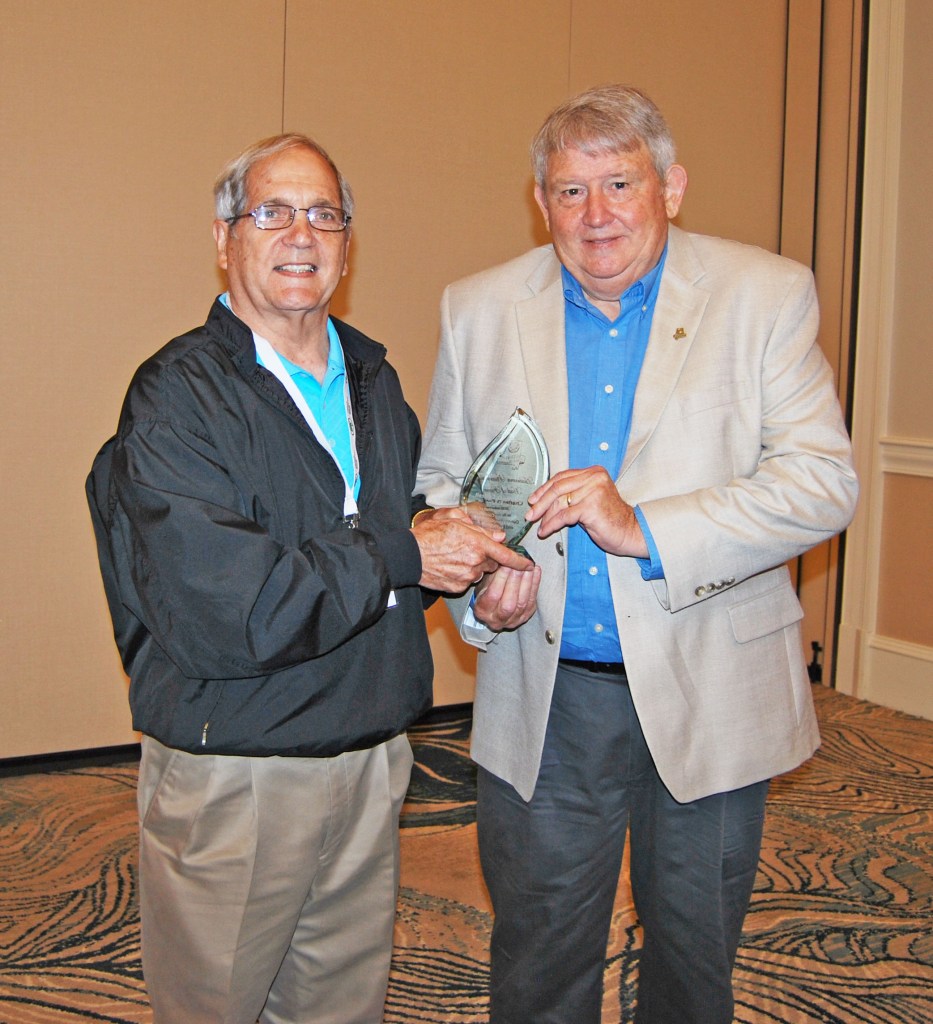 Danny Cottrell has been admired by Brewton area residents for many years, but that admiration went a little higher last weekend as he was inducted into the Alabama Pharmacy Association’s Hall of Fame.

Cottrell is the sole owner for Cottrell’s Hometown Pharmacy in East Brewton and Flomaton Medical Center Pharmacy. He is also a partner owner in 18 other pharmacies in Alabama  and Florida.

“Danny has been called the father of the Medicaid Provider Tax and he remembers crafting the plan on a cocktail napkin in the hallway at an APA Mid-Winder Conference in the early 1990s,” HOF organizers said during his induction. “The tax, still in effect today, provides millions in funding for the state each year and ensured a fair dispensing fee was paid to pharmacies in return.”

Cottrell has served as a member of the Board for the APA serving in various leadership roles since joining in the organization in 1985. He was installed as APA President in 1993 and continues to served on the APA PAC Board today. He has also supported the National Community Pharmacists Association through service on their Legislative Committee for 13 years and their PAC Committee for 11 years. He’s been president and a board member for Associated Pharmacies for 15 years. He has also served terms on the Alabama Medicaid Advisory Committee, Blue Cross/Blue Shield Pharmacy Advisory Committee, Alabama Worker’s Compensation Advisory Committee and the Alabama Long Term Care Task Force.

““Awards and honors tend to follow a life of service like Danny’s,” APA officials said.
“He’s been recognized with the 1992 Wayne Staggs Distinguished Service Award, 1996 Bowl of Hygeia and the 2004 King Kourtesy Award. In 2002, he was presented with the inaugural Lester White Good Government Award, named for his good friend and colleague. Danny has been named the 2005 Brewton Citizen of the Year and the 2009 NCPA Pharmacist of the year.”

People in Brewton have known for years that Cottrell is a generous, caring member of the community serving in groups and on committees when needed.

He has served on the Brewton City School Board, Brewton Development Authority, United Bank Board of Directors, and Brewton Kiwanis Club. He has served as a deacon at First Baptist Church for 36 years and has served as chair of the church’s finance committee for 31 years. He established the Brewton Elementary and Me (BEAM) program and for 27 years has reinforced good conduct with prizes for students.

In 2009, he saw financial devastation that the economic downturn was having on his beloved town. To address the issue, Cottrell came up with his own $16,000 stimulus program and provided employees with $2 bills and two caveats: First,employees were asked to spend the money locally; and second, they had to donate 15 percent to charity or someone in need. The currency showed up in small businesses throughout Brewton. The campaign garnered national attention and Cottreell was featured on the NBC Nightly News and featured in their ‘Making A Difference’ segment. He has repeated the program several times since then including earlier this year when COVID struck.

“Following years of unwavering commitment, Danny has made an indelible mark on the lives of his patients, his employees, his community and his profession.

Cottrell is the son of Lloyd and Yvonne Cottrell who moved their family from Jacksonville, Fla., to Brewton when the he was 17 months old. He has been married to his wife, Karen, since 1978. The couple has a son, Tim, who is married to Julie. The couple has given Danny and Karen three grandchildren, Hannah, Libby and Jack.