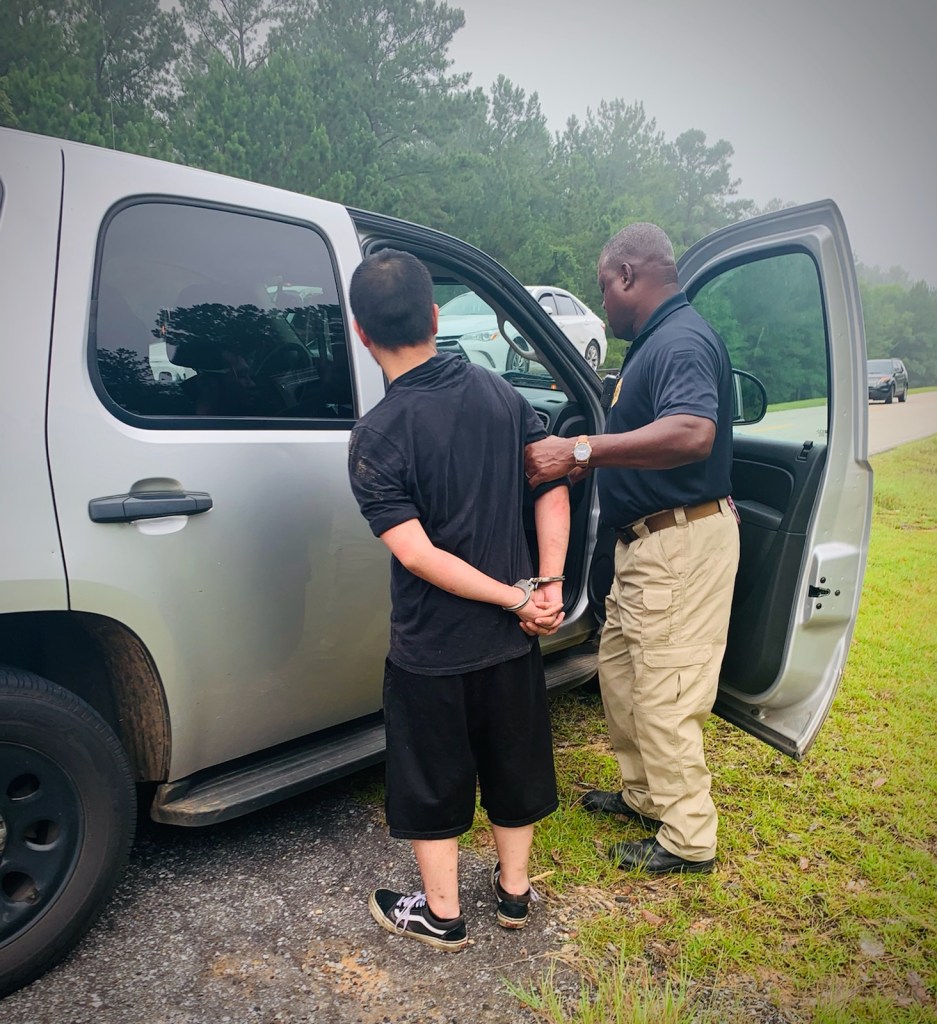 East Brewton Police had an early morning call Monday that took them on a ride through rural areas just outside the city.

According to Chief Kenny Brazile, a resident in the Springhill community called the department reporting a suspicious vehicle parked in their yard with one occupant just after 7 a.m. Monday.

The suspect, Cuong Quoc Dang of Hoover, was taken into custody in an area along Hwy. 4 in Escambia County following a miles-long chase from the Springhill community, Brazile said.

Brazile said the chase got up to speeds of between 80 and 90 miles an hour along Ridge Road before the suspect cross over Hwy. 29 and onto Hwy. 4.

“Once we were in a place where conditions were safer, we boxed him in and brought the chase to an end,” Brzile said. “He was taken into custody near Parker Bridge on Hwy. 4 without incident.”

Brazile said the charges against Dang include attempting to elude, reckless driving and criminal mischief.

Dang was taken to the Escambia County Detention Center to be booked on the charges. He was released on a signature bond on Tuesday, Brazile said.

“I especially want to thank a good samaritan citizen from the Springhill community,” Brazile said. “They assisted me and gave me a little help cornering the suspect until backup officers could arrive at the scene.”

Brazile said there was no major property damage resulting from the suspects race across property in the community.

“I’m thankful this came to a safe end for everyone,” Brazile said. “Our first priority is to keep the public safe. I’m glad we could do that this time.”