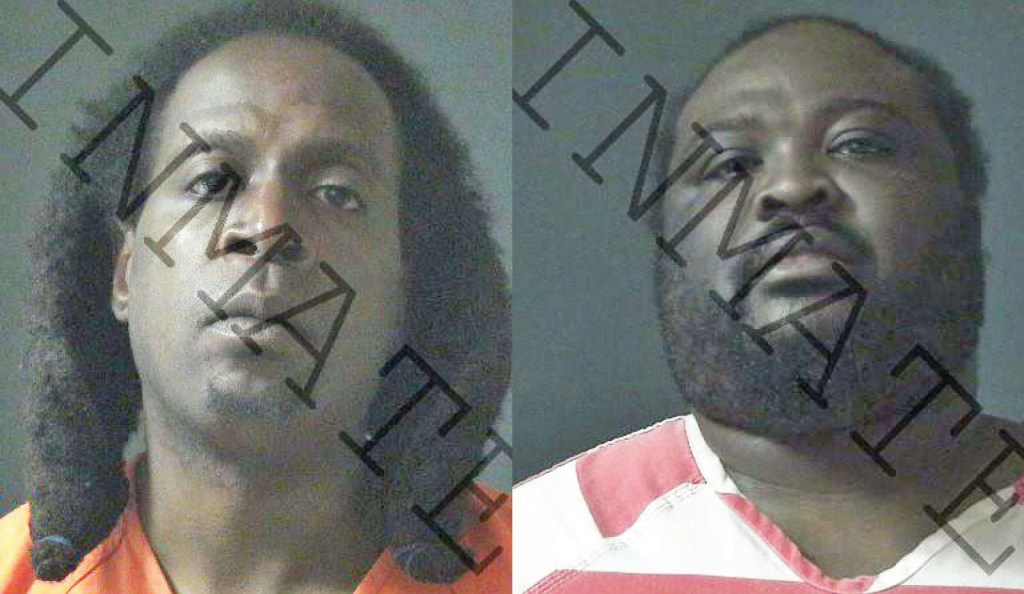 Balll, left, and Lane both remain in the Escambia County Detention Center.

Brewton Police have arrested two men in connection with a June 24 incident on Evergreen Avenue in Brewton that left a local teen injured.

Arrested are Earl Jermaine Lee and Eric Ball, both 39 of Brewton.

Lee is charged with assault second and leaving the scene of an accident with injuries. He was booked into the Escambia County Detention Center on June 30 and remains in jail on a $250,000 bond.

Ball is facing charges of leaving the scene of an accident and is being held with no bond issued.

Sgt. Brian Wesley with the Brewton Police Department, said the incident occurred around 10 p.m. on June 24 when a teen was struck by the suspects vehicle while traveling down Evergreen Avenue.

“Our patrol responded to the call and arrived on the scene to find residents in the area assisting the victim in this case,” Wesley said. “Those outstanding citizens were helping to treat the victim until medical help could arrive.”

Wesley said patrol officers cleared the scene and gathered evidence to help in solving the case since the suspect and the vehicle had left the scene.

“We were able to retrieve a piece of the vehicle from the scene and were able to determine the kind of vehicle we were looking for,” Wesley said. “We issued at ‘be on the lookout’ for that vehicle with other law enforcement agencies in our area.”

Wesley said a call from Conecuh County in reference to the vehicle in question.

“We were informed that the suspected vehicle was involved in a high-speed pursuit in an area of Evergreen with the occupants ending up in the hospital,” Wesley said. “We were able to conduct an interview with the suspects and issued warrants for their arrest in connection to our case here.”

Wesley said the suspects were taken into custody and were charged in the case on June 30 after the BPD completed a thorough investigation into the allegations against the suspects.

Wesley said the teen, whose name was not released, is recovering quickly from the incident.

“Our night patrol did an excellent job at the time of the incident,” Wesley said. “With their work and the outstanding citizens that helped the victim, this case has been resolved.”