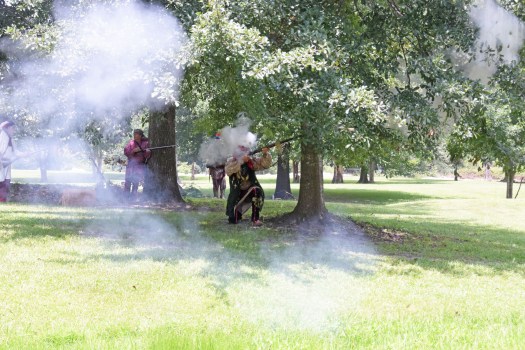 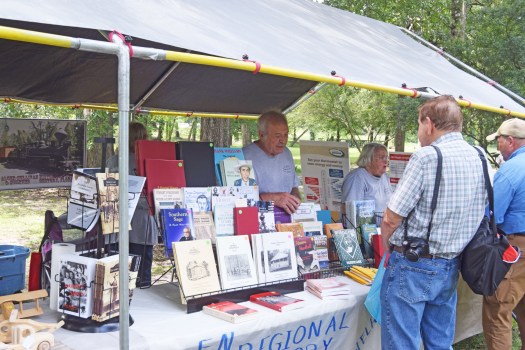 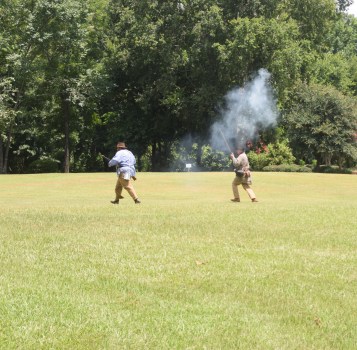 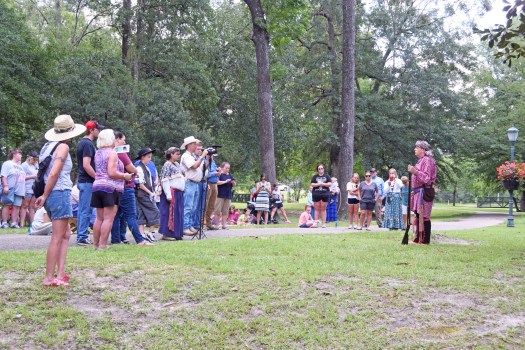 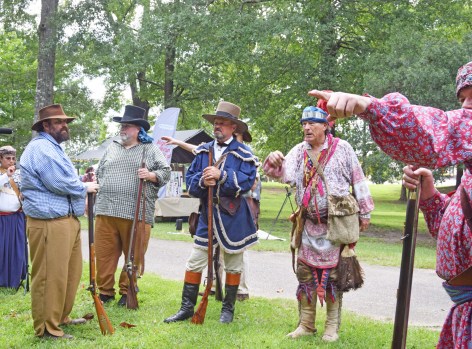 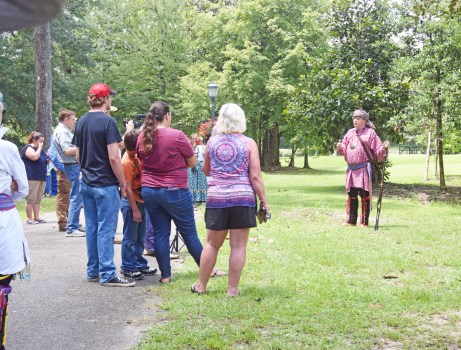 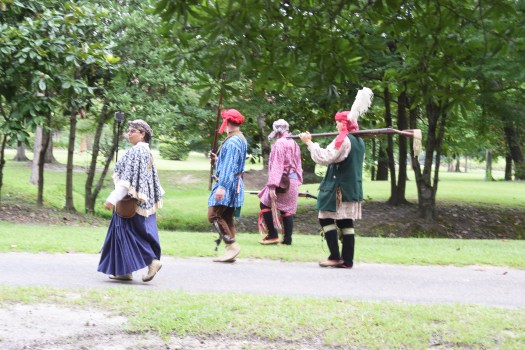 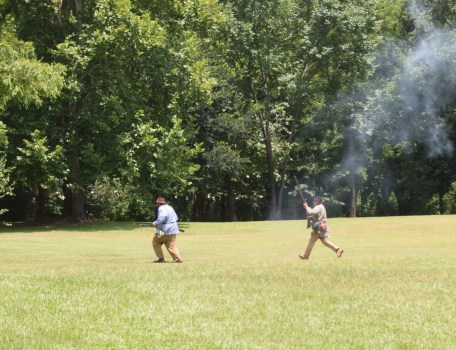 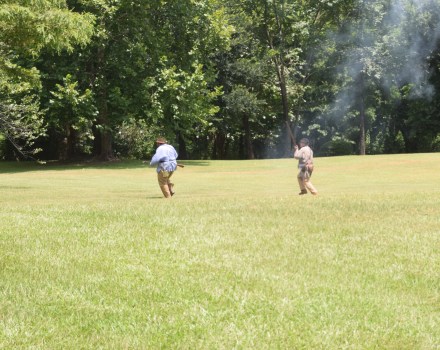 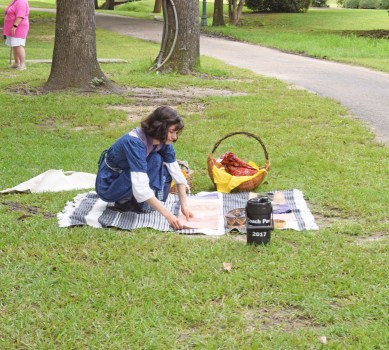 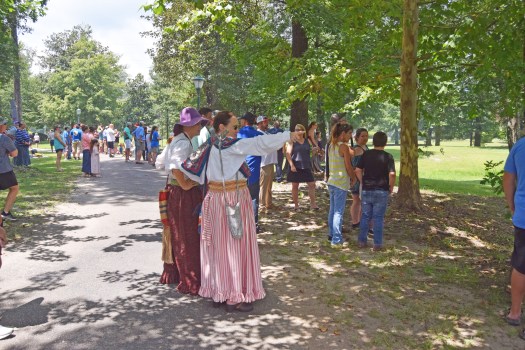 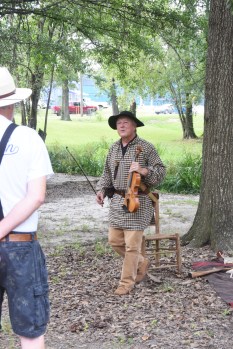 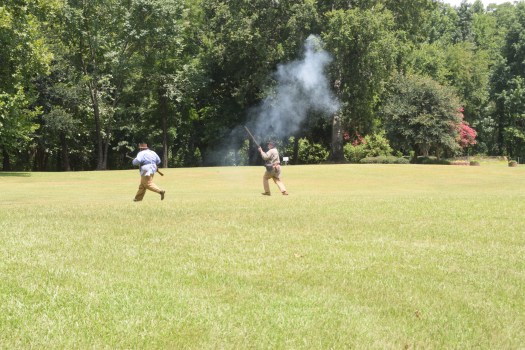 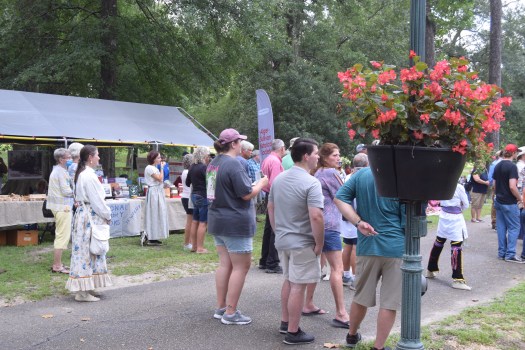 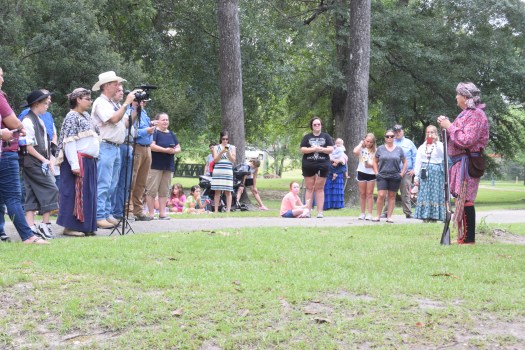 Displays of historical information, period music and demonstrations on how life was lived in July 1913 when the Battle of Burnt Corn took place.

A group of actors took on the roles of both Creek Indians and U.S. soldiers to relive the battle that took place on July 27, 1813.

The annual event has become a history-lovers outing with stories of how, why and when the actual battle took place.

As actors load their muskets for battle, on-lookers have a glimpse the intensity of the battle that took place along Burnt Corn Creek on Escambia County.

Although, according to one historian at Saturday’s event, the actual battle took place north of Jennings Park, the re-enactment of the battle is as close as possible to how the original battle may have occurred.

A large group of spectators gathered along the pathways at Jennings Park to watch the battle as it unfolded between the two groups of actor.

In the 1813 battle, the Redsticks, a part of the Creek Indians tribe, won the battle against the soldiers led by Peter McQueen.

Scenes from the 2022 Battle of Murder Creek

Witches of Brewton ride through city