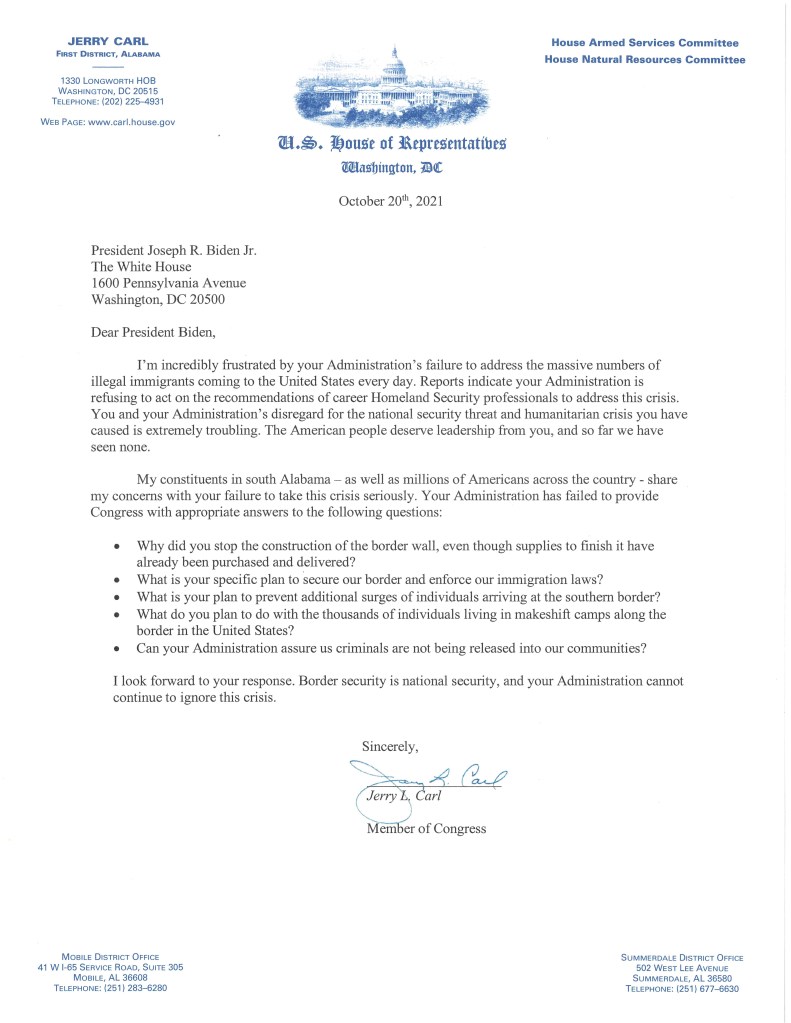 Today, Congressman Jerry Carl (R-Mobile) issued the following statement regarding a letter he sent to President Biden demanding answers and action regarding his escalating illegal immigration crisis at our nation’s southern border.

“Today, I sent President Biden a letter demanding answers and action regarding his escalating illegal immigration crisis at our nation’s southern border. We MUST have a strong border to protect the health, safety, and security of American citizens, but President Biden and Vice President Harris have completely failed to address the crisis at our border and enforce our nation’s immigration laws.

“President Biden’s failure to address the massive numbers of illegal immigrants pouring into the United States every day shows his disregard for the national security threat and humanitarian crisis he has created. The American people deserve leadership from President Biden, but so far we have seen none. It’s time for the Biden Administration to get serious about this crisis and protect the health and safety of Americans across this country.”

A copy of the letter from Carl to Biden is attached to this story.