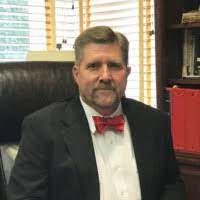 Lionel Jake Gibbs died on Tuesday, Oct. 19, 2021, at his home surrounded by his family following a lengthy illness.

A funeral service will be held on Saturday, Oct. 23 at 2 p.m. at Williams Memorial Chapel in Brewton, Alabama with a graveside ceremony at Dixonville Community Cemetery to follow.

Born on Feb. 10, 1965, in Mobile, Alabama, Jake was the middle son of Mary Nell and George Eddie Gibbs Sr. He married his wife, Alesia Carter Gibbs, on June 6, 1992, at Elim Baptist Church in Roberts, Alabama. Together they have two children, Anna (Christopher) Guizerix and Zachary Gibbs, as well as one grandchild, Magnolia Bailey Guizerix.

Jake was a proud alumnus of Fidelis School and Jay High School, where he played football and baseball and served as president of the Future Farmers of America. He graduated from Jay High School in 1983. After high school, Jake attended Patrick Henry Junior College in Monroeville, Alabama, where he obtained an associate’s degree in applied sciences.

Following his time with the forestry commission, Jake made the decision to pursue a degree in civil engineering.

Jake graduated from the University of South Alabama in 1993, and for many years remained a loyal alumnus, supporting the school of engineering and the university’s philanthropic goals. Upon graduating, he obtained licensure through the National Society of Professional Engineers.

He began his career in Mobile, Alabama, at Woolpert Engineering. Then, he went to work for Baldwin County, Alabama, as an assistant county engineer. For 20 years, Jake worked for Thompson Engineering. At the time of his death, he served as Civil Engineering Manager for the company.

More than any professional or academic achievement, Jake was proud to be a loving husband and father. He was active in his children’s activities, from coaching baseball and softball to attending every marching and concert band competition and everything in between. No matter where his children went, he always gave them the same advice: “Remember who you represent.”

He was a steward of the land and an avid hunter, and instilled a deep respect for God’s creation in his children. He was at his happiest spending time in the woods or out on his boat in the Tensaw River.

Jake was actively involved as a member of Mount Carmel United Methodist Church, where he served as Lay Leader and was on a number of committees. His bass voice could often be heard from the back row of the choir loft, and he was in attendance at church every time the door was open.

Even as he traveled from hospital to hospital and appointment to appointment over the duration of his illness, Jake was sharing the Gospel of Jesus Christ. He led countless people in prayer and was a good and faithful servant even in the worst times.