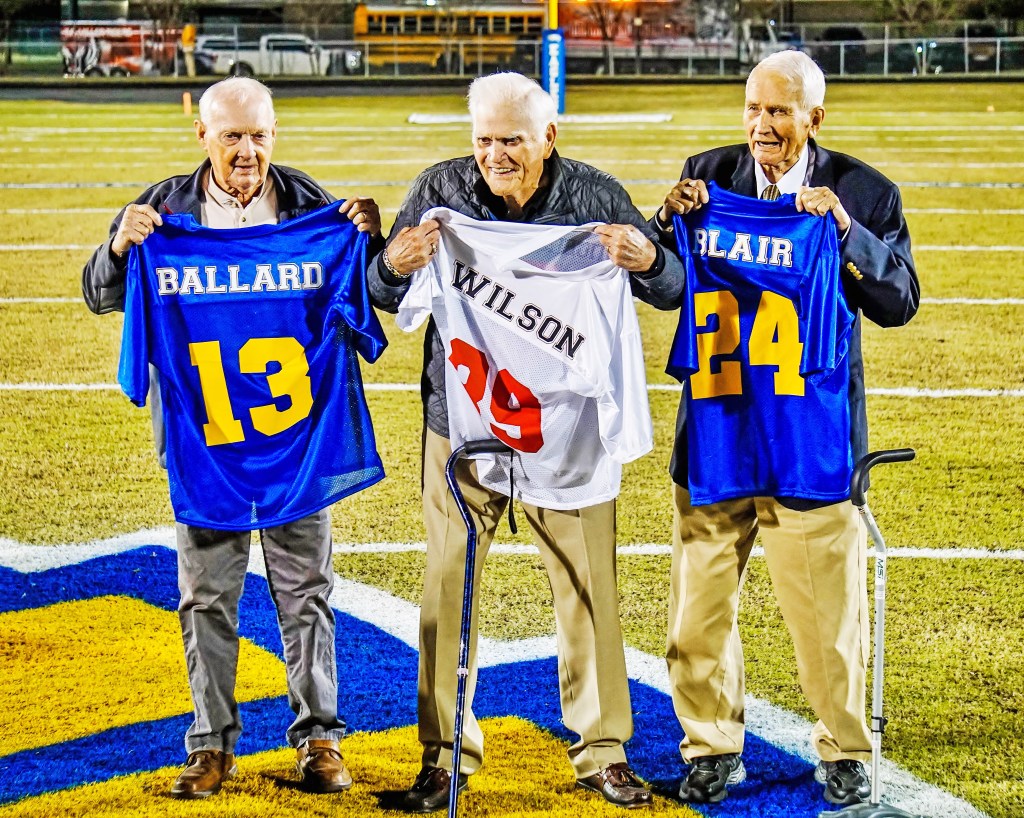 Theo Ballard, Charlie Blair and Earl Wilson were honored for being on the teams that first played the original game between the two schools.

Wilson played for T.R. Miller while Blair and Ballard were W.S. Neal players.

“It was just another game back then,” Wilson said. “We didn’t realize it was going to turn into what it has.”

“We were only allowed to play nine games in a season then,” Blair said. “The game was set up after the season as a charity game for the hospital. After that game, the two teams met in the third game of the next season, but it was moved to the last game to help make sure the fans would come to all the games leading up to the end of the season.”

Ballard had played for two years at T.R. Miller before transferring to W.S. Neal where he graduated.

“That meant I had friends on the other team that I played in that game,” Ballard said. “It was interesting to play them in that game.”

A reception to honor the former players was held prior to Friday’s game at W.S. Neal.

“I’m want to thank Todd and those that put this together for us,” Ballard said.

“I’m just so pleased to be here,” Wilson said.

W.S. Neal Principal Todd Williamson said it was fitting to honor these former players before the anniversary event.

“We couldn’t have done this without a lot of help,” Williamson said. “Linda (Williamson) and Jessica (James) did an excellent job to pull this together. And David Blair was a major asset in helping with getting this done.”

The trio received a special gift from the current W.S. Neal football team and Head Coach Brandon Wilcox. Each honoree received a commemorative football signed by each player on the team.

Following the reception, the players were taxied to the field in vintage red and black, and blue and white cars courtesy of Bobby Maddox.

Jerseys were also presented to each player bearing their respective school colors, their player numbers and names.