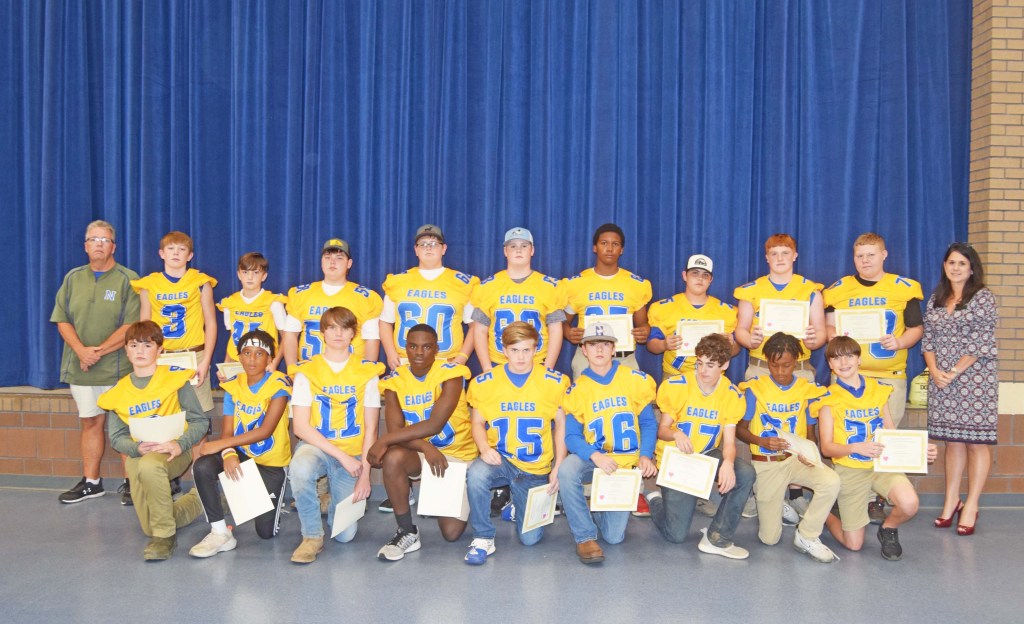 The W.S. Neal Middle School football team accomplished a feat that hasn’t been seen since 2013 — an undefeated season.

W.S. Neal Middle School Assistant Coach Chuck Phillips accompanied team members to Thursday’s meeting of the Escambia County School Board where the team and their accomplishments were recognized.

ECBOE Superintendent Michele McClung presented certificates of achievement to each team member in recognition of their successful season.

“This team is at the top of the list of any team I’ve been lucky enough to coach,” Phillips said. “They are very coachable and are a great group of kids.”

“We typically play each team twice to make up our season,” Phillips said. “We were not able to play T.R. Miller twice this year. That was due to a flooding that happened in the community on the night we were supposed to meet for the second time. We just weren’t able to work out a suitable make-up date for both schools.”