Ivey qualifies to run for reelection as Alabama governor 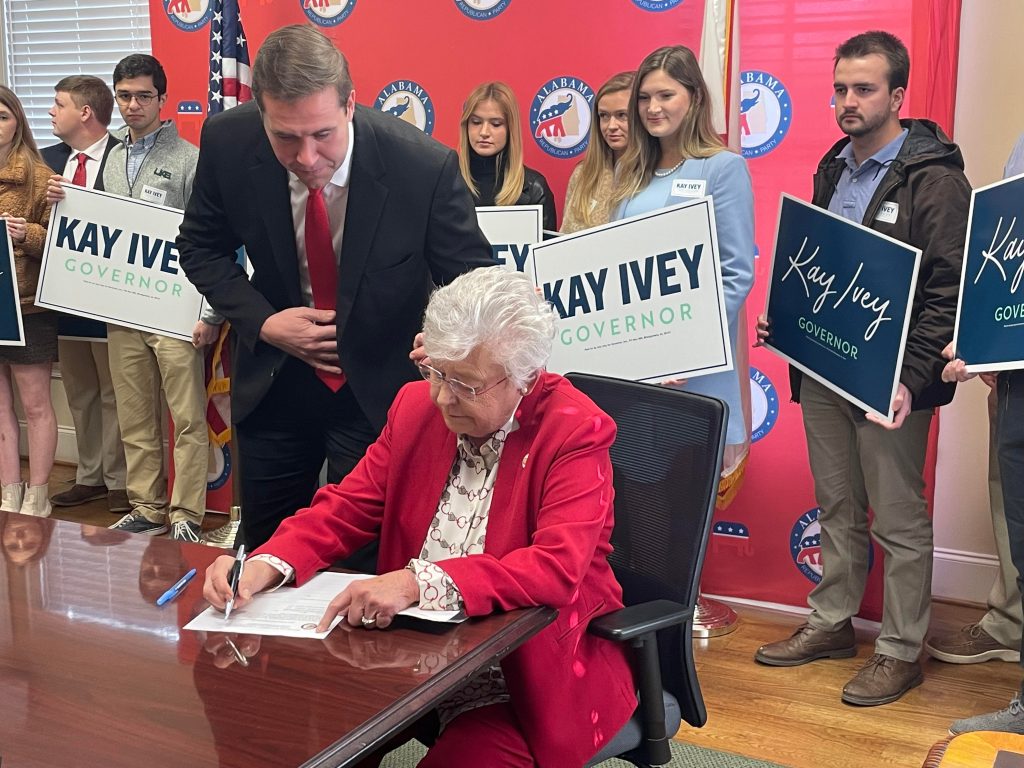 The reelection campaign for Governor Kay Ivey today released the following statement after Ivey qualified for the 2022 Republican Primary for Governor.

Ivey campaign manager William Califf said that due to the tremendous success of Governor Ivey’s first term, she has strong momentum and broad support going into the campaign:

“Governor Ivey has been a fighter for Alabamians and has consistently delivered strong results to the people of this state. Governor Ivey has achieved the lowest unemployment rate in Alabama history, created over 44,000 new jobs, secured record funding for our schools with record pay for our teachers and banned transgender athletes from competing in school sports. She made substantial improvements to our state’s infrastructure, signed the strongest pro-life bill in the country, strengthened the integrity of our elections, banned vaccine passports, and the list goes on,” Califf said. “With all of these accomplishments, Governor Ivey has strong momentum going into this election and maintains broad and energized support for her continued leadership.

Califf continued: “The work Governor Ivey has done for the people of Alabama has been significant, but she isn’t done yet. Governor Ivey is committed to preserving the conservative, Christian values that Alabamians hold dear. She is committed to pushing back against federal government overreach by the Biden Administration, and she is committed to making Alabama the best place to live, work and raise a family possible. We are excited to share her ambitious vision for the future of Alabama in the coming months.”

Governor Ivey commented on qualifying for the 2022 gubernatorial election today:

“I am honored to have the opportunity to run for reelection to this important office. I am proud of the work my administration has done on behalf of the people of our state, and I look forward to sharing my vision for Alabama’s future with Alabamians as I ask for their continued support,” Ivey said. “We have accomplished a lot, but there is a lot more that needs to be done. It is my goal to continue to serve and deliver results to the people of our state.”