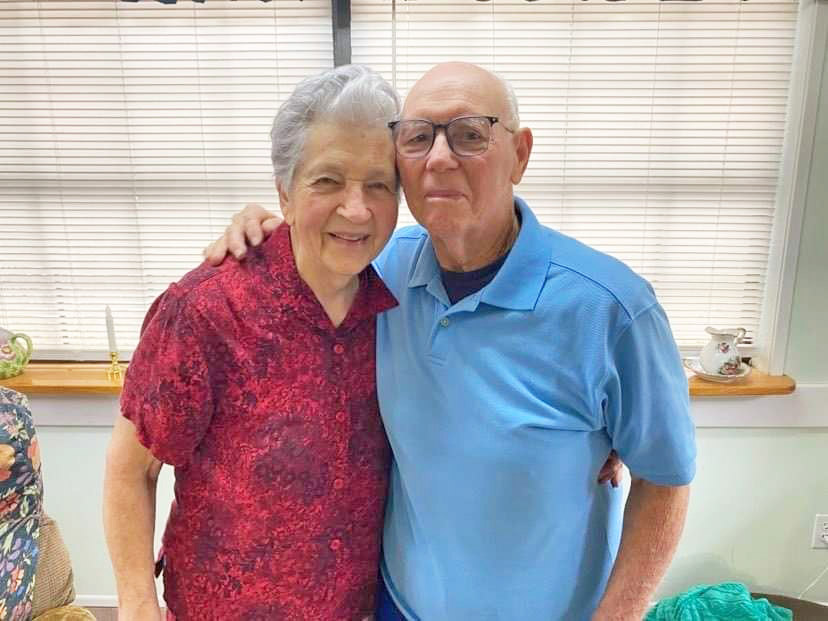 With 65 years of marriage under their belt, Sally and Raymond Eby are still living a life of love.
Chosen through an on-line voting campaign, the couple is now being proclaimed “Cutest Couple.”
Voting took place over a 10-day period with the Eby’s joined by 15 other couples in the running for the title.
Priscilla Eby nominated her parents for the honor and was excited to be able to share the news with them.
“They have been married for 65 years,” Priscilla said. “They married when she was just 15 and their were missionaries in Cuba. She was 16 then and had a baby while they were there. She has said many times that she wasn’t scared while they were there because she was with daddy. They were there until 1960 when they had to leave the country.”
The Eby’s gave their lives to missionary and ministry work, Priscilla said.
“They were missionaries in Honduras and Puerto Rico,” Priscilla said. “Dad has been a preacher a various places. He also helped his brother out at Eby’s Hardware and is known around the area as a handy man and did a lot of work at the Holly House.”
Sally was busy as well having raised three children and even took the title in a cooking contest for her wonderful bread, Priscilla said.
The couple is retired but still enjoys gardening and yard work when they can. They have six grandchildren and six great-grandchildren.
The gift for receiving the most votes in the contes is a $100 gift certificate to David’s Catfish House in Brewton.
“They will be so excited,” Priscilla said. “They love David’s.”
Congratulations to Raymond and Sally Eby.