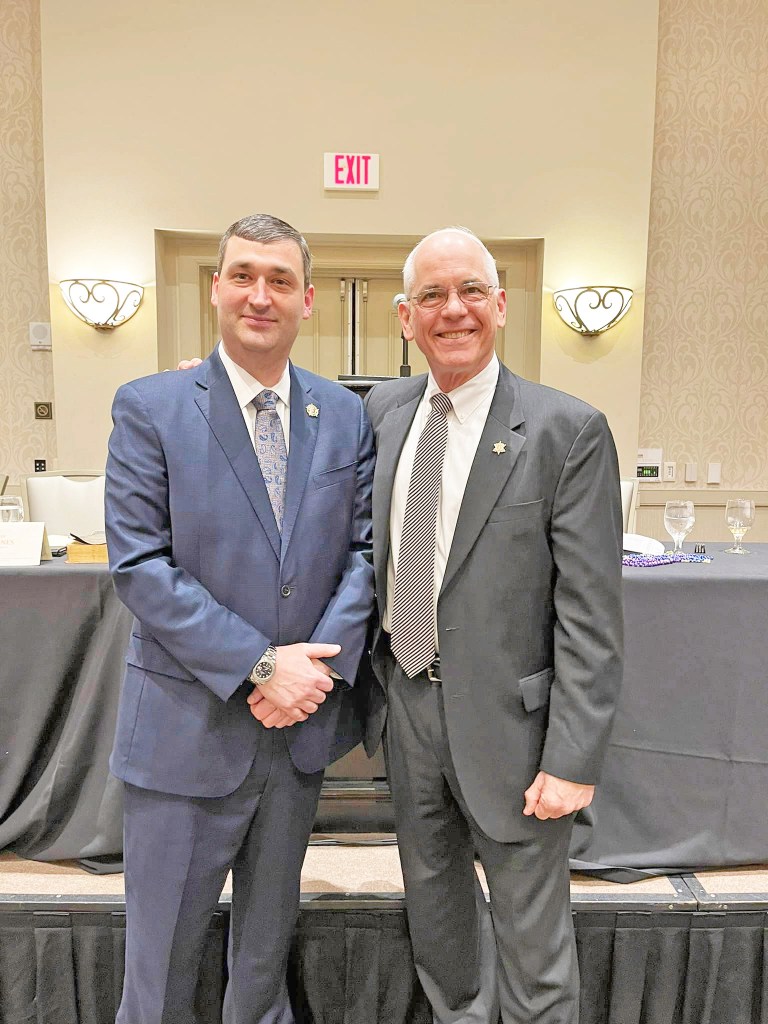 During a ceremony held last week, Escambia County Sheriff Heath Jackson was named the Sergeant at Arms for the Alabama Sheriff’s Association.
The formal title, Sheriff Big John Williams Sergeant at Arms, is named for Williams who was killed in the line of duty.
“I’m so honored to have this position,” Jackson said. “It’s nice to have been chosen by the other 66 sheriffs who have not only been my friends, but my mentors.”
Jackson, who began his term as the county’s current sheriff after being elected in 2018. He was sworn into duty as the highest law enforcment agent in the county in January 2019.
Jackson’s position was decided by sheriffs within the association.
In the position, Jackson will advance through the officer ranks of the Association and be eligible for the president’s position in 2026.