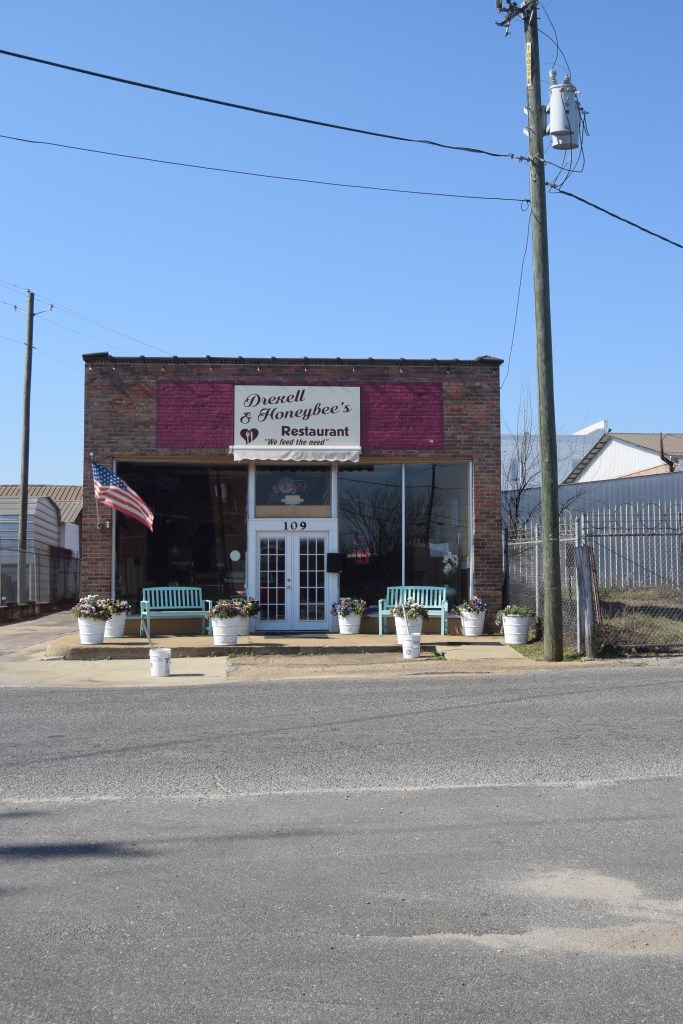 For four years, residents and visitors alike have had the opportunity to enjoy a great meal thanks to the serving hearts of Lisa and Freddie McMillan.
On Saturday, the couple will celebrate the anniversary of their donations-only restaurant, Drexell & Honeybees in historic downtown Brewton. The event is set for Saturday, March 26 at the restaurant on Lee Street beginning at 11 a.m.
Lisa McMillan says the celebration of their four years of serving others is an accomplishment there may have been some doubt about in the beginning.
We were not given much of a chance to still be here but here we are,” Lisa said. “We have had visitors from all over the country and are still going strong.”
Over the past few years, several news and feature broadcasts put Drexell & Honeybees the map through magazine articles and special broadcasts on television. That exposure has brought visitors to the restaurant and to the city to witness the expressions of service by the couple and their many volunteers at the restaurant.
Lisa said part of the celebration will be to debut some special dishes named posthumously for faithful supporters of the restaurant.
“We will be introducing some special side dishes named after some of our strongest supporters who have passed on,” Lisa said. “That includes our Sarah Paul chicken salad, Ted Jennings bread pudding, Maggie McMillan cole slaw, Rudy Yuhasz corn salad, Helen Aughtman peach turnovers, Ellen Hayes potato salad, Earl Horton yeast rolls, Phillip Nordmeyer tuna salad, Jean Odom fruit salad and Betty Singletary cinnamon rolls.”
Saturday’s event will feature plenty of good food from the grill including hamburgers, hot dogs, ribs, pork and beef roast along with several side dishes.
“We will have food, fun and prizes,” Lisa said. “We are hoping for a good time for this celebration.”