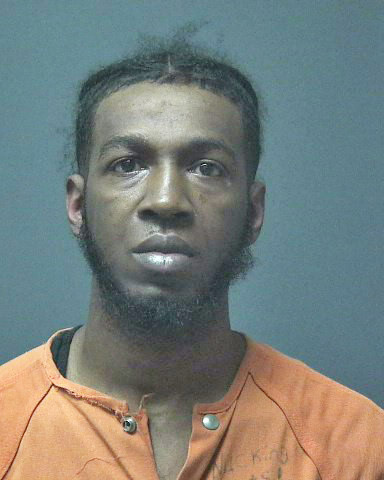 A Brewton man is behind bars on a laundry list of charges after leading Escambia County Sheriff’s Deputies on a chase that ended in East Brewton Saturday.
Cameron Hardy, 32, is being held in the Escambia County Detention Center on charges of possession of a controlled substance, attempting to elude, assault second, reckless endangerment, probation violation, failure to appear bail jumping second and distribution of a controlled substance.
According to Escambia County Sheriff Heath Jackson, the suspect is accused of causing multiple wrecks in his attempt to flee from deputies.
“Our officer initiated a traffic stop on the suspect’s truck Saturday evening,” Jackson said. “As the vehicle came to a stop, the suspect quickly made a u-turn and fled the scene,” Jackson said. “In the process of leaving the scene, he hit another car. He then crashed a few miles away when he ran through a fence and hit a tree.”
Jackson said the suspect then exited the vehicle and fled on foot.
“Our officer began the search for the suspect and was able to locate him under a house in East Brewton,” Jackson said. “In the process, the deputy injured his leg jumping a ten-foot fence in the pursuit of the suspect.”
The injuries suffered by the officer were not serious. No other injuries were reported in the incident.
The incident resulted in the charges that have been filed against Hardy in the case.