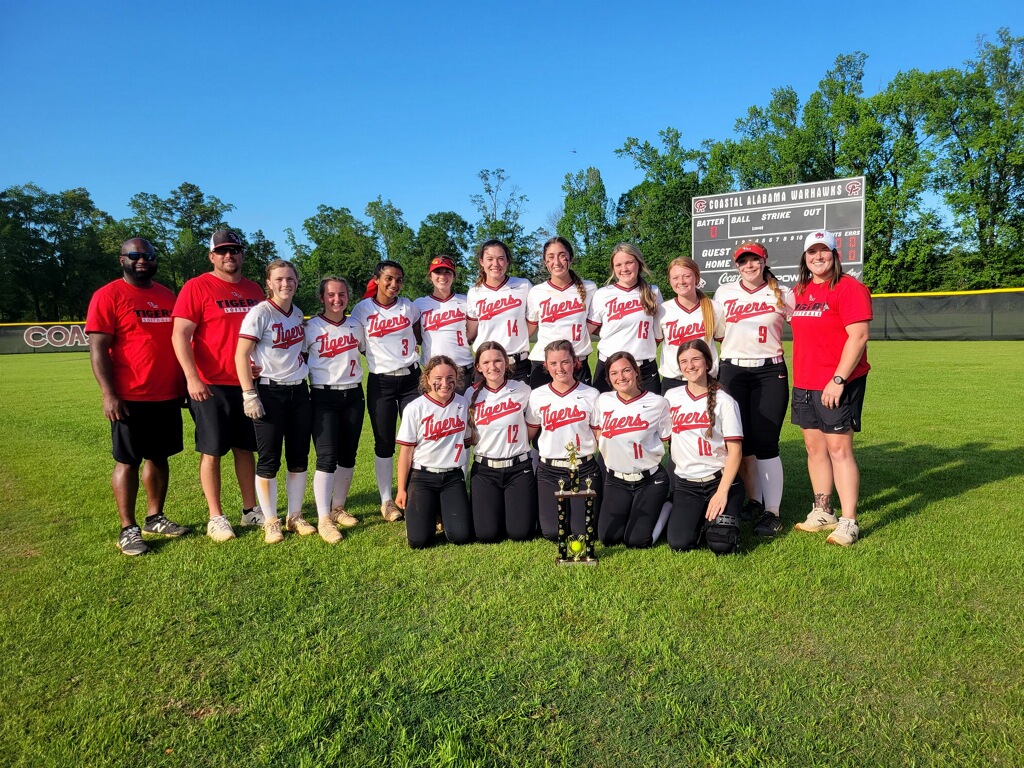 The T.R. Miller High School Lady Tigers came away with the championship trophy at the conclusion of the County Tournament Friday evening.
The team defeated the Flomaton Hurricanes 4 to 3 to take the title.
The team fought hard all week leading up to the tournament championship
Earlier in the week, the team beat Thomasville after being defeated by the team twice before.
The Lady Tigers also defeated the J.U. Blacksher team to end a two-loss streak against the Whippets.
In previous meetings, the Flomaton Lady Hurricanes had defeated the TRM team twice.
Friday’s victory ended their losses against opponents in the tournament.