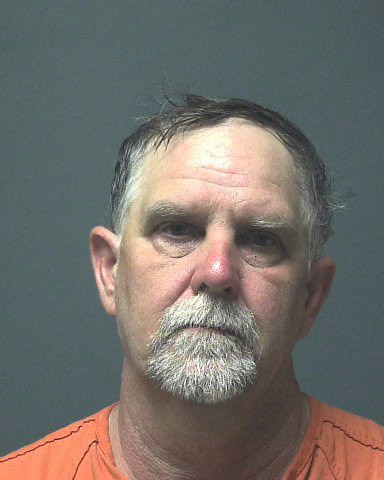 East Brewton Police have arrested a Flomaton man on charges of theft in connection what appears to be a roofing scam. And, EBPD Chief Kenneth Brazile, is using the oppor-tunity to warn the public about such activity.
Kenneth Higdon Jr., 51, of Flomaton, was arrested and has been charged with first-degree theft of property.
Brazile said the suspect was doing business as Circle H Construction, but failed to do promised — and paid for — repairs.
“The victim, whose home is on Andrew Jackson Street, stated that his home was damaged in the tornado that came through last year,” Brazile said. “The victim advised that they talked to a roofing contracting doing business as Circle H Construction.”
Brazile said Higdon gave the victim an estimate of nearly $11,000 for repairs to the roof. The victim’s insurance company paid the claim and a check was given to Higdon in October 2021 for the amount invoiced on the work. Higdon had not done any of the repairs to the victim’s residence following receipt of the funds.
“He is being charged with theft of property, first degree,” Brazile said. “He was arrested Tuesday night and booked into the Escambia County Detention Center.”
With hurricane season just getting underway, Brazile took the opportunity to remind homeowners to be cautious when authorizing any repairs on their homes.
“Immediately after the tornado, East Brewton was flooded with people
claiming to by roof repairmen and trees and debris clean up teams,” Brazile said. “Most of these subjects were operating without city licenses. Cities have
protocols in place to protect its citizens from individuals who are
storm chasing to take advantage of victims who have lost or have damaged
homes. The public needs to check before they hire or pay companies for
this type of work to save themselves from more heartache on top of an
already devastating situation that they are in. Check with your local
authorities before signing a contract or authorizing repair or clean up.”
According to records from the Escambia County Detention Center, Higdon has been released from jail.