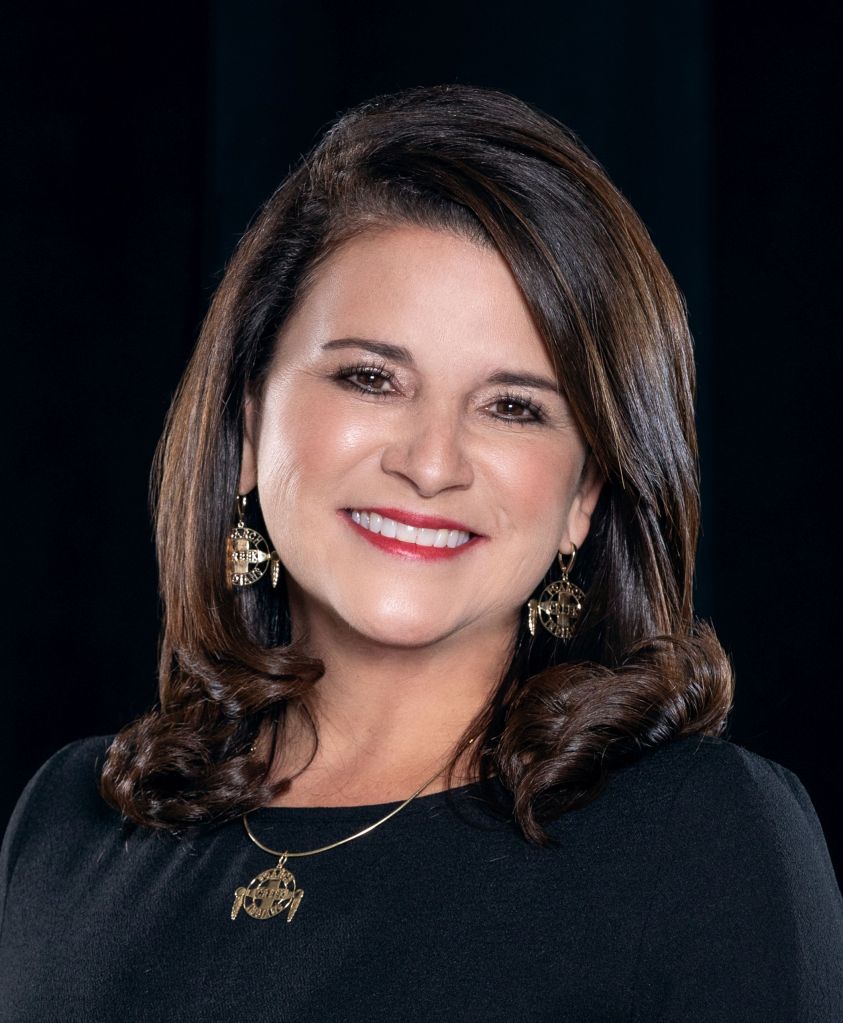 As part of a focused effort to strengthen relationships between the federal government and Tribal Nations, U.S. Department of Interior Secretary Deb Haaland has appointed Poarch Band of Creek Indians Stephanie Bryan to a select committee of Tribal Leaders who will serve as direct advisors to the Department.
The newly formed Secretary’s Tribal Advisory Committee (STAC) is composed predominantly of native leaders chosen to represent 12 specific regions defined by the Department’s Bureau of Indian Affairs (BIA). Chairwoman Bryan will serve as an Alternate Tribal Leader Member for the BIA Eastern Region.
“It is an incredible honor to be asked to serve Indian Country, and I am grateful for the opportunity to work directly with Secretary Haaland and her dedicated staff at the Department of Interior on the issues that matter most to Poarch and to our fellow tribes in the Eastern region,” said Chairwoman Bryan. She continued, “In forming this committee, Sec. Haaland has significantly changed how voices from Indian Country are recognized in policy discussions, and I believe this is a chance for us to truly be at the table and have an impact on decisions made at the federal level affecting tribal communities.
The formation of STAC was announced in 2021 as part of the White House Tribal Nations Summit. Designed to further strengthen relations between the Department of Interior and Indian Country, it ensures that its Tribal Leader Members have direct, consistent communication channels with the Department of Interior executive leadership and staff that include frank dialogue representing varying viewpoints on issues impacting Tribal Nations. The Committee will also serve as a channel for timely communication about and access to programs and funding that will help positively impact Native communities.
According to information released from the U.S. Department of the Interior, the STAC will ensure that Tribal leaders and the current and future Secretaries have a forum to seek consensus, exchange views, share information, and provide advice and recommendations regarding programs and funding that affect Tribes across the entire Department.
“Tribes need a seat at the decision making table before policies are made that impact their communities. The creation of this new Tribal Advisory Committee is a timely and much-needed development that will ensure Tribal leaders can engage at the highest levels of the Department on the issues that matter most to their people,” said Secretary Haaland. “I look forward to continued engagement with Indigenous communities and ensuring that we honor and strengthen our nation-to-nation relationships with Tribal leaders.”
“The establishment of a STAC and planned consultation process improvements at Interior are welcome additions to the ways we connect and communicate with Tribal leaders and address their priorities,” said Assistant Secretary – Indian Affairs Bryan Newland. “Their input is vital to improving how we respond to the needs of their communities through the many programs Interior administers.”
The Department also announced that Tribal consultations will be held regarding draft updates to the Department’s Tribal consultation policy and procedures contained in its Departmental Manual at 512 DM 4 and 512 DM 5, respectively. As part of the Department’s continuing efforts to improve implementation of Executive Order 13175, “Consultation and Coordination with Indian Tribal Governments,” the Department will seek Tribal input on edits that would:
• Bolster Interior’s consultation policy to encourage early, robust, interactive, pre-decisional, informative and transparent consultation;
• Establish a model for seeking Tribal consensus;
• Require that DOI staff undergo training before participating in consultation;
• Codify the STAC;
• Address flexibility for Tribal waivers;
• Clarify that Interior decision-makers must invite Tribes to engage in consultation; and
• Require a record of consultation.
Secretary Haaland made the announcement in remarks to Tribal leaders as she hosted a Listening Session with Assistant Secretary Newland and other administration leaders during the Biden-Harris administration’s first Tribal Nations Summit.