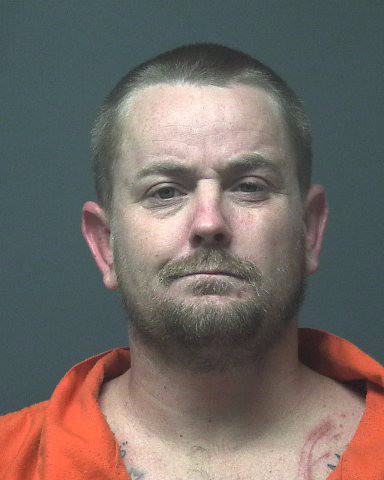 A Saturday morning romp through the woods ended with a Brewton man behind bars courtesy of Brewton Police Department.
According to published records of the incident, Brewton Police officers responded to a report of suspicious person believed to be intoxicated early Saturday morning.
Officers made contact with Dennis Wade Maddox Jr., 33, in an area near the Brewton Animal Control property on South Boulevard.
The suspect was in a vehicle and attempted to flee from officers in the vehicle but a flat tire impeded his flight.
Officers identified several illegal items in Maddox’s vehicle and attempted to place him under arrest. However, the suspect was able to escape the officers and run into a nearby wooded area in his attempt to avoid arrest.
Officers were able to apprehend Maddox after a short pursuit and place him under arrest.
Maddox faces multiple charges stemming from the Saturday morning event including possession of a controlled substance, attempting to elude, possession of marijuana first degree; possession of drug paraphernalia and possession of a drug without prescription.
Maddox was booked into the Escambia County Detention Center and was being held pending a bond hearing. Records also indicate a hold on Maddox from Drug Court in the county.
No details on bond in the case were available as of press time Tuesday. Maddox remained in jail.