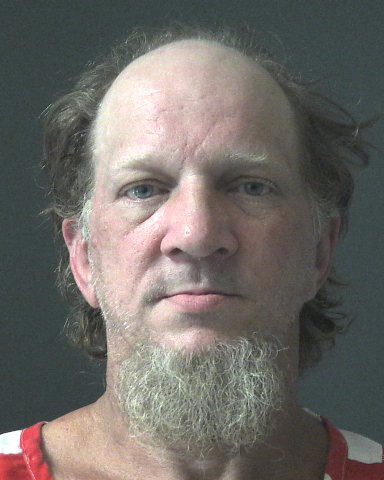 An East Brewton man remains behind bars after being charged with murder and other crimes.
Williams Joseph Everett, 50, of East Brewton was booked into the Escambia County Detention Center Friday and has been charged with murder, probation violation and failure to appear.
According to Escambia County Sheriff Heath Jackson, officers responded to an area in the 3000 block of Travis road on Aug. 19 in reference to a missing persons report on Elisha Jordan.
“Upon arrival, contact was made with William Joseph Everett Jr., who was wanted on a failure to appear warrant,” Jackson said. “While talking with Everett, deputies noticed what appeared to be blood in the residence. Everett was arrested for the outstanding warrant and a search warrant was later executed at the residence.”
In the investigation, Everett was interviewed at the Escambia County Sheriff’s Office while the search warrant was executed at the scene, Jackson said.
“He admitted to murdering Elisha Jordan,” Jackson said. “Everett stated he placed her body on the back of his truck after he choked her to death. He went on to state that he drover her to a secluded area off of Dixon Nursery Road an dumped her body in a ravine.”
Reportedly, Jordan’s body was discovered on hunting club property off Dixon Nursery Road.
Jackson said that officers located Jordan’s body later that night in a wooded area.
“The body was taken to the Alabama Department of Forensic Sciences for an autopsy,” Jackson said.
As a result of the findings in the investigation, Everett has been charged with one count of murder.
Jackson said those charges will likely be upgraded once the case is presented to the grand jury.
Everett made his first appearance in court on Monday for a bond hearing before District Judge Eric Coal at the Escambia County Courthouse.
He was denied bond and will be held in jail while he awaits trial on the charges.
Jackson said his office was assisted in the case by the Alabama Bureau of Investigations.
If convicted of the crime of murder, Everett could be sentenced to life in prison or could face the death penalty. If sentenced to life in prison, he would have to serve 30 years before being considered for parole.