Booth out at ECHCA; facing charges on pair of arrests 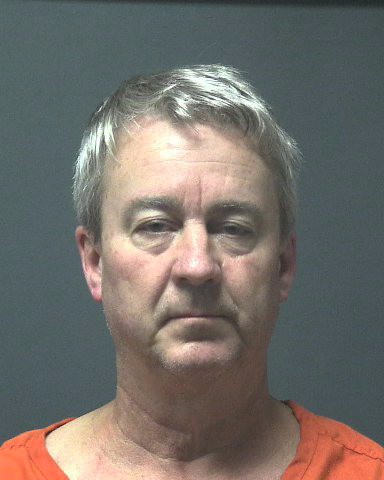 After tendering his resignation as the CEO of the Escambia County Healthcare Authority (ECHCA) last week, Jeff Booth was arrested twice on charges of public intoxication and trespassing at D.W. McMillan Hospital.
Booth tendered his resignation via e-mail to ECHCA board members on Thursday, August 25. That resignation was followed by two arrests — one Friday and a second on Saturday, according to the Brewton Police Department.
According to a Brewton Police Department press release from Sgt. Tyler Aaron, Booth was arrested after police received a call Thursday at approximately
9:40 p.m. regarding an “unwanted person” on the D.W. McMillan Hospital campus.
“On Aug. 26, 2022 around 9:40 p.m., Brewton police responded to D.W. McMillan Hospital in reference to an unwanted person on the campus,” Aaron said. “Officers made contact with Jeffrey Quentin Booth, who was on the property. It was determined that Booth was intoxicated and he was arrested for public intoxication.”
Aaron said Booth was given an official trespass warning to remain off the campus by hospital administrators and was transported to the Escambia County Detention Center.
On Saturday, he was given a bond and was released from jail on his own recognizance.
Police said a second arrest occurred later that same day when Booth returned to hospital property.
“Around 11 a.m. Brewton police responded to D.W. McMillan Hospital in reference to Booth being back on the property,” Aaron said. “Officers made contact with Booth and arrested him for criminal trespassing.”
On Tuesday, Booth said he is innocent of the charges brought against him.
“The charges are completely false and made up,” Booth said. “I was set up and I will prove it.”
He went on to say that he is seeking legal representation to assist him in the matter.
ECHCA Director of Public Affairs and Marketing Jason Daniel confirmed that Booth resigned his position as CEO of the healthcare authority in a released statement Tuesday.
“We wish him well in his future endeavors,” Daniel said.
The 59-year-old was appointed to the position of CEO of the ECHCA in April 2021.