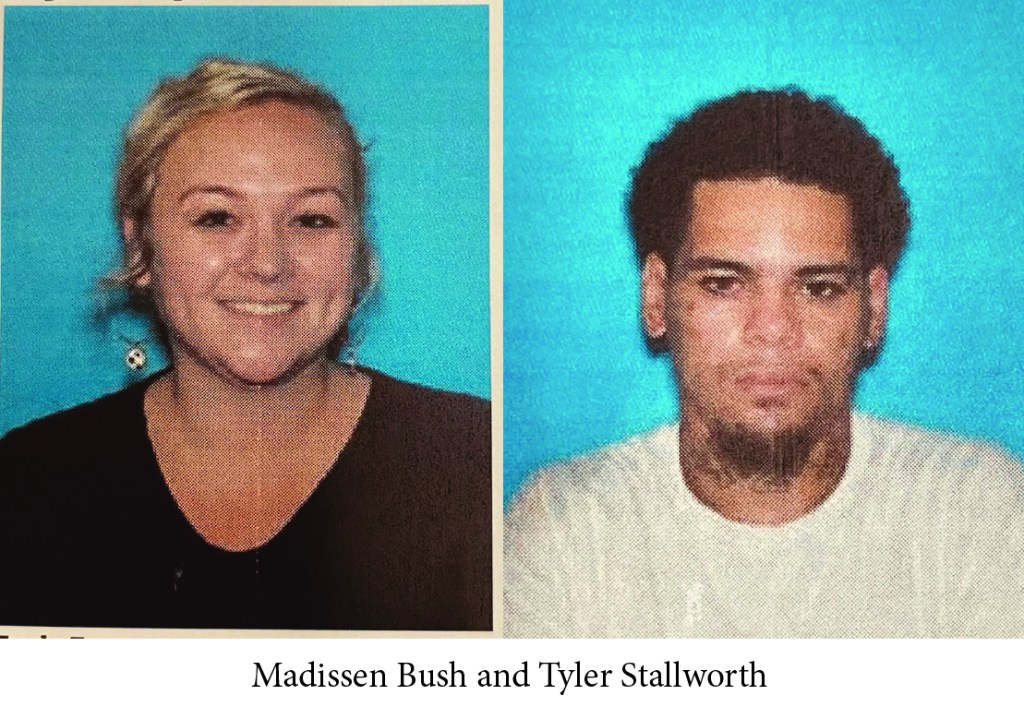 An East Brewton woman wanted following a scuffle with police on Saturday, turned herself into authorities on Tuesday morning.
Madissen Bush, 24, was one of two subjects being sought following an incident Saturday that sent an East Brewton Police officer to the hospital.
According to Sgt. Russell Clausell, Tyler Stallworth had an outstanding warrant and an officer with EBPD approached the suspect. When approached, Stallworth fled on foot with the officer returning to his patrol vehicle and following the suspect. Once the officer caught up to Stallworth, he exited the vehicle and a scuffle between the two occurred.
Stallworth’s girlfriend, identified as Bush, followed behind in her vehicle and exited to assist Stallworth in getting away from the officer. After the scuffle, the pair returned to their vehicle and left the scene.
The officer involved in the incident was treated and released with no major injuries.
EBPD requested assistance from the public in helping to locate Stallworth and Bush. It was later determined that two small children accompanied the pair in the fleeing vehicle. The children were released to a relative who met Bush in Florida Saturday.
On Tuesday morning, Bush was booked into the Escambia County Detention Center. She has been charged with a felony count of escape third and interfering with governmental operations and child endangerment, both misdemeanor charges.
Bush was escorted to the Escambia County Detention Center by East Brewton Police Chief Kenny Brazile Tuesday.
Clausell said Bush had not provided any information to authorities on the whereabouts of Stallworth.
As of press time Stallworth remained at large. Anyone with information on his whereabouts is asked to contact the East Brewton Police Department at 867-4864 or any other law enforcement agency.