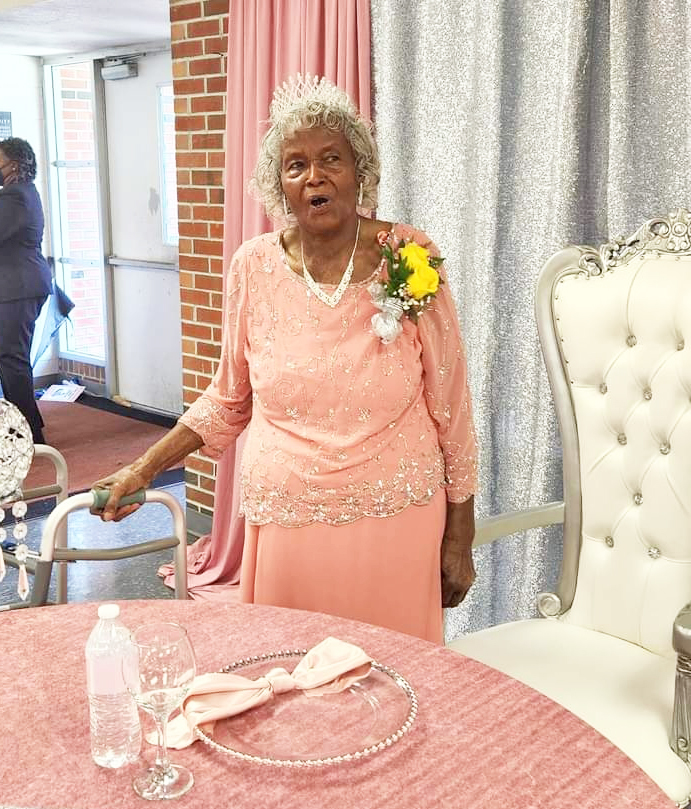 A special gathering of friends and relatives commemorated the 88th birthday of Emma Lancaster on Aug. 13.
Held at the John L. Fisher Center, the event was MC’d by Minister Regina Watson in honor of Lancaster’s milestone birthday.
“Four score and eight years,” Lancaster said. “It’s great to be 88.”
The theme was carried out after being chosen by her children to celebrate their mother.
Joining in the celebration were members of the honorees church family as well as community friends. Her children, Dr. Jacquelyn Lancaster Denson, Frederick Lancaster and Hermastine Lancaster, hosted the event.
A special program of recognition and honor was presented with words from the Rev. Dr. Richard Benjamin, the honoree’s pastor; a special presentation from the Honorable Yank Lovelace, Mayor of Brewton as well as words from her children with remarks and reflections by family and friends in attendance.
The family offered thanks to those involved in the planning and hosting of the event including members of the Southern Normal School alumni organization, Gerald Thomas as DJ, John Farrish as photographer, Diane Carter of Shug’s Soul Food Spot for catering, Stephanie Williams decor and Tionne Cohill for programs. The Rev. and Mrs. Richard Benjamin and the Second St. Siloam Baptist Church were also acknowledged for their contributions as well as Alline Manuel with the John L. Fisher Center and Mistress of Ceremonies Minister Regina Watson, a minister associate of the honoree..