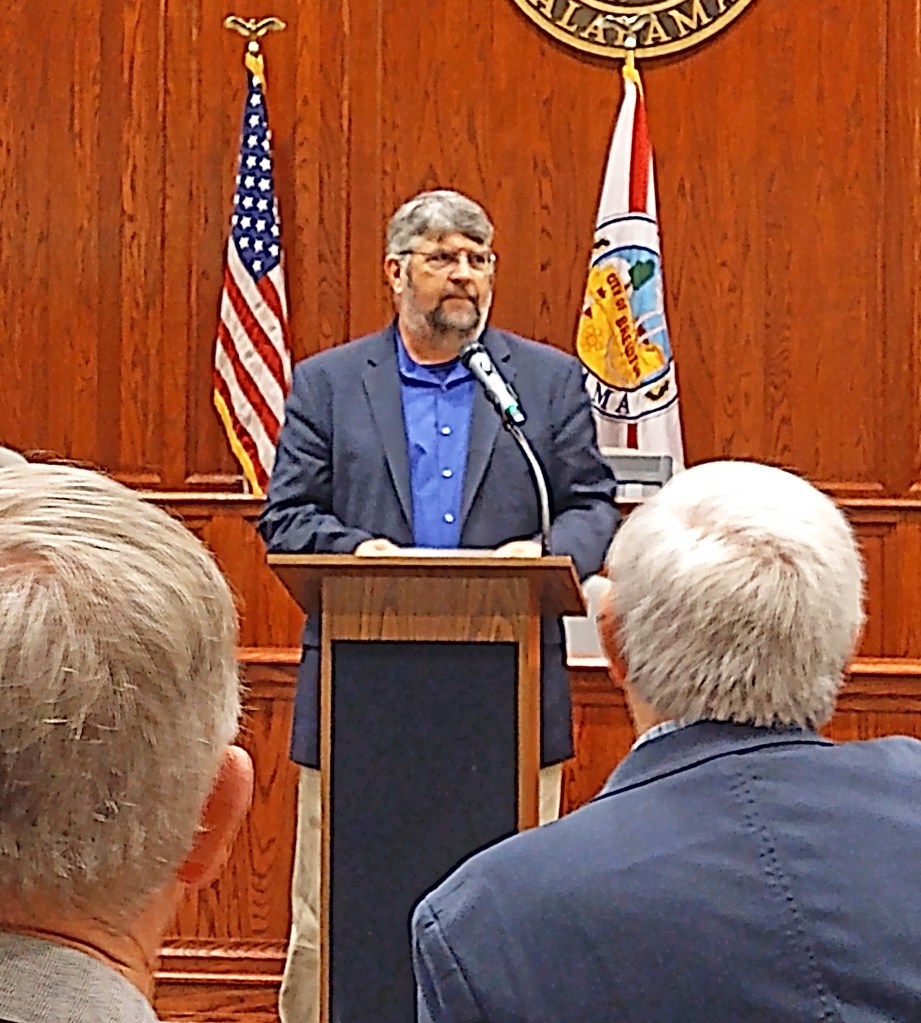 Mayors, city and county officials from around the region were on hand in Brewton Tuesday morning as Michael Chriszt, Vice President and Regional Public Affairs Officer in the Federal Reserve Bank of Atlanta, came to share thoughts concerning the current economy and how it impacts small communities.
Chriszt said he wanted to visit with communities to learn about needs and take that to Atlanta and on to Washington, D.C.
“Coming to communities like this is filling a gap in our outreach program,” Chriszt said. “We want to learn how the economy is performing to see how Federal policies are affecting decision making for expansions, revitalizations in communities.”
Chriszt said his visits to the communities of Greenville, Foley, Brewton and Opp have had similar concerns when it comes to economic impacts.
“Inflation is a big challenge right now,” Chriszt said. “When businesses make decisions on expansions and investments, inflation is the number one battle we need to face right now and how it affects the labor market. Our hope is that as the economy slows, that layoffs won’t be widespread and vacancies will come down.”
The need to fill job vacancies in communities like Brewton, is not simply tied to wages, Chriszt said.
“People are not drawn to vacancies because of wages alone,” Chriszt said. “People want more flexibility. Some people are sick and tired of big cities like Atlanta. It’s nice to work and live in a small town and they want to experience life outside of a large city. They look at amenities. How pretty is the city? Are their restaurants to go to and things to do? Is there an open, diverse population? Those things matter a lot.”
Chriszt said the purpose of the visits like the one to Brewton on Tuesday, was to hear how communities are doing compared to a year ago and to get an overall view of the economy and how it impacts communities.