The internet is killing hardcopy newspapers 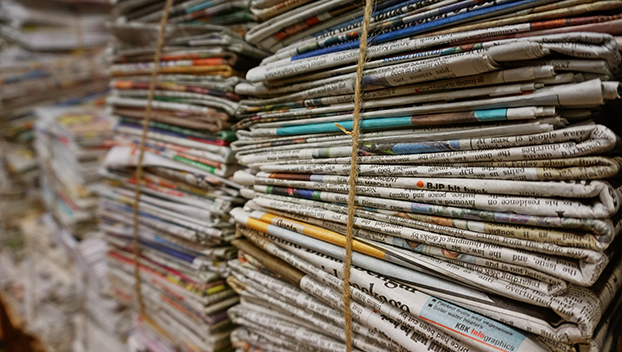 The internet is having a profound impact on the newspaper industry. With more and more people getting their news online, print newspapers are struggling to stay afloat. While some papers have been able to adapt by creating digital versions of their publications, many have not been so lucky.

In the past, you get your college football news and stories from your newspaper every morning and sit with a cup of coffee to read. Now, the Internet has made it possible to access predictions, statistics and analysis about football and other sports. For example, you can access the latest college basketball predictions and analysis for several games by a simple click on your phone.

Can hardcopy newspapers make a comeback?

It’s possible. A recent study found that people who read hardcopy newspapers are more likely to retain information than those who read news stories on digital devices.

The study, conducted by the Media Insight Project, found that people who read news stories in print were better able to remember details from the stories than those who read them on a screen. The researchers believe this is because readers of hardcopy newspapers are more likely to pay closer attention to the stories they’re reading.

What would be the consequences of a world without hardcopy newspapers?

In a world without hardcopy newspapers could have a number of consequences.

First, it is possible people would become less informed about what is going on in the world. This is because they would have to actively seek out news stories, rather than have them delivered to them. Second, the quality of journalism could decline. This is because newspapers are able to invest more money in investigative journalism than online news sources. Finally, there could be a decrease in the diversity of opinions. This is because people tend to read newspapers that share their political and other views.

How will the decline in hardcopy newspapers affect the journalism industry?

The journalism industry is in a state of flux. The business model that has sustained news organizations for generations is under threat, as advertising revenue continues to decline and readers move away from traditional print newspapers to digital platforms.

The print newspaper industry has been in decline for some time now. In the United States, print newspaper circulation has been falling for more than a decade, and the trend shows no signs of abating. This is having a profound effect on the industry, as advertising revenue continues to dwindle.

The decline of hardcopy newspapers is also having an impact on the way news is consumed. Readers are increasingly turning to digital platforms such as social media and online news sites for their information. This shift presents a challenge for news organizations, which must adapt their business models to survive in the digital age.

The internet is slowly but surely killing hardcopy newspapers.