Brewton City Schools went on lock-down just after 11 a.m. Tuesday as a precaution following what has been determined to be a prank call.
Brewton City School Superintendent Kenneth Varner released the following statement after schools were given the “all clear” by police.
“We are all thankful to be able to officially announce an all-clear status after having received an anonymous threat of shots fired at TRM, which was likely related to a recent string of robocalls of such threats around our state. On behalf of Superintendent Kenneth Varner and the Brewton City School Board of Education, we would like to thank our Brewton City Police Department, the Escambia County Sheriff’s Office, and all others involved in maintaining our safety. In addition, we would like to thank our faculties and staff who are the heart of our system. It’s truly great to be a Brewton Tiger, but it’s a little greater today knowing we’re all safe.”
Based on news reports across the state, many schools responded in the same “lock-down” mode following a rash of calls throughout Alabama.
Schools in Huntsville, Alexander City, Troy, Tuscaloosa, Birmingham, Scottsboro, Florence and many others all received similar calls reporting an active shooter situation.
All of the calls have been found to be a hoax, according to several investigating departments across the state.
Reports are that as many as 20 schools across the state were threatened with the hoax calls as early as 9 a.m. Tuesday.
Each school system takes such threats seriously and will respond with actions to secure the safety of students and school faculty and staff.
Brewton Police officers responded to the calls using skills learned in training for such a situation.
No one has publicly claimed responsibility for the calls, but law enforcement is working to track down those responsible and prosecute them.
Classes at T.R. Miller High School and Brewton Middle and Elementary Schools returned to normal following the incident before noon on Tuesday, officials stated.

Animal Control to return to community in January 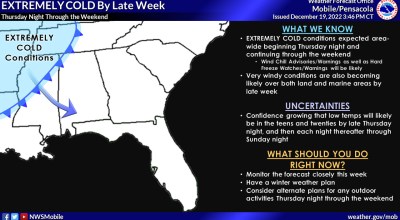 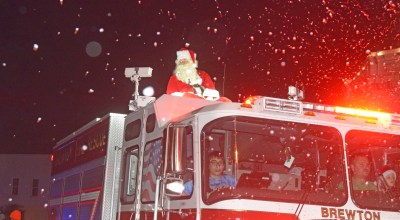