The Alabama Association of School Boards has installed a slate of new leaders to its Board of Directors, including Ann Peach of the Brewton City School Board as District 1 director.
Leaders were sworn in Saturday, Dec. 3, during the closing general session of AASB’s Annual Convention held at the Hyatt Regency Birmingham – The Wynfrey Hotel.
As District 1 director, Peach represents the Alabama School of Math & Science, Baldwin County, Brewton, Chickasaw, Clarke County, Conecuh County, Escambia County, Gulf Shores, Mobile County, Monroe County, Orange Beach, Saraland, Satsuma, Thomasville and Washington County school boards.
Peach, a certified public accountant, is president of the Brewton City Board of Education, where she has served since 2016. She has reached level 3 in the AASB School Board Member Academy, earning nearly 130 training hours. Peach also has served on AASB’s Board Training Advisory Committee.
Peach now begins her first full term on the board after completing the balance of the former District 1 director’s term; and District 3 Director Russell Clausell of Geneva, who begins his second term.
As District 3 director, Russell Clausell represents the Andalusia, Barbour County, Coffee County, Covington County, Crenshaw County, Dale County, Daleville, Dothan, Elba, Enterprise, Eufaula, Geneva, Geneva County, Henry County, Houston County, Opp, Ozark, Pike County and Troy school boards.
Clausell has been a member of the Geneva City Board of Education since 2015 and currently serves as board president. He has achieved master honor roll status in the School Board Member Academy and earned more than 329 training hours. Clausell has been an active member of the association, serving on the Advocacy, Bylaws and Executive Committees. He retired from the U.S. Army in 1998 and serves as assistant pastor of Saint Elizabeth Missionary Baptist Church.
Mary Hooks, of the Macon County school board, will serve a one-year term as president of the association serving all of Alabama’s public local school boards, including nearly 900 local school board members. Those school boards provide leadership that impacts the lives of the state’s nearly 750,000 public schoolchildren.
Additionally, several new directors were sworn in to begin two-year terms on AASB’s 14-member Board of Directors. Derek Henderson of the Alabaster City Board of Education is the new District 5 director, and Randy Smalley of the Tuscaloosa County Board of Education is the new District 7 director. Alice Lessmann of the Madison City Board of Education begins her first full term as District 9 director after a brief appointment in November to fulfill the balance of the former District 9 Director’s term.
“This dynamic group of leaders offers a wealth of knowledge, experience and demonstrated leadership to the association,” Smith said. “We look forward to the contributions each of them will make in helping to guide AASB and advance the association’s strategic goals.”
AASB has nine districts representing geographical areas of the state. The district directors, along with AASB’s officers, govern the association’s activities. Smith and Dr. Tonya Chestnut, state board of education liaison, serve as non-voting members of the AASB Board of Directors. Also serving on the board are District 2 Director Shelia Dortch of the Wilcox County school board, District 4 Director Matilda Woodyard-Hamilton of the Tallapoosa County school board, District 6 Director Scott Suttle of the St. Clair County school board and District 8 Director Jimmy Dobbs of the Morgan County school board. 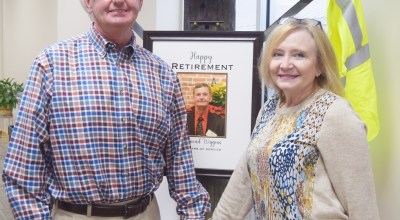