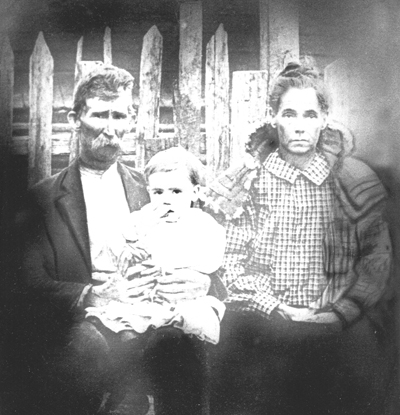 The roots of May Creek United Methodist Church date back many years, and members — many of whom have long-time family connections to the church — have

The church, located on Ridge Road, will celebrate its 150th anniversary Sunday, May 30, with special services and dinner on the grounds.

“We have had homecoming at the church for lots of years,” church member Donald Dawkins said. “We all have good memories of growing up and attending church here.”

For Dawkins and fellow church members Gary and Juanita Dawkins, Roy and Elizabeth Burnham and Ralph Burnham, memories of the church have been passed down through the years.

“Some of us know of a time when the church also served as a school,” Dawkins said. “In fact school was taught here up until 1924, not only for children but adults were also schooled here.”

Some members even remember a time when there was no electricity and lamps were carefully lighted for services.

Methodist roots at May Creek go back many years, and legal papers have not been found to determine its beginnings, but it is thought that Elijah Burnham, Mr. Daniels, Mr. Simmons and Salom Evans were early organizers. The first services were held “brush arbors” as with most early churches, according to church records.

In the mid 1860s, a new family came to the area. William and Archibald Douglas and their families moved in nearby, and Douglasville was established. Later they practiced a form of worship called Sunday school. It was introduced by the Douglas family and the first meeting was held at the home of Mrs. P.H. Tippins Sr. It was about this time that a new church was built of rough lumber brought from the surrounding woods.

The next church was built of smooth lumber, much of which came from a house that was being demolished. The rest of the building materials were bought with money raised by having ice cream suppers.

The present church was built in 1961. It, too, was financed largely by money making ventures. One such event was made possible by the donation of a steer by Fred Crawford. The steer was barbecued and plates were sold to add to the building fund.

One record seems to indicate that the land on which the church stands was donated by Solom or Solomon Evans. Solomon B. Evans married Jane Maria Tippins, who was born in 1824 and died in 1890. She was the daughter of another prominent family in the area. Lemuel Tippins and Nancy Jones were her parents.

Solomon Evans died in 1876 and was buried near his son in Weaver Cemetery, but due to a flood in 1890, Jane Maria Tippins Evans was not buried next to her husband, but in May Creek Cemetery, which her husband had given to the church.

The congregation has planned a day filled with friendship and memories for those who attend Sunday. After a “dinner on the ground,” the afternoon will be filled with special singing by The McKissacks.